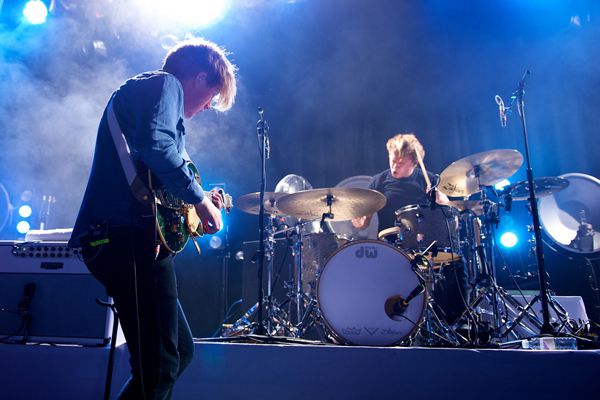 It’s easy to say that catchy music is cheap. Two Door Cinema Club fell out the right/ wrong end of 2009’s hype machine (depending on how favorably you use the term ‘mainstream’) and their 2010 Kitsuné debut, ‘Tourist History’ led to such feats as a slot on Letterman in the US, a headlining show at Glastonbury’s Queens Head Stage (albeit on the Thursday) and, most impressively, the highest barrier pressure ever measured at Reading Festival’s Radio 1 NME stage.

Having seen the band tear up Bristol’s Thekla back in March 2010 mere days after the debut LP release- tonight’s festival warm-up show indicated the summer of 2011 could hold even more in store for the Irish trio. Opener ‘Cigarettes In The Theatre’ saw the radio-friendly chirpy guitar bounces that TDCC have become synonymous with infect the crowd with a pulse that had them jumping for the duration. Then came the hooks. Oh, the hooks. Every single song from that 2010 record had choruses that are so infectious it felt as if singing along was far from voluntary. The charming centre pieces for songs like ‘Something Good Can Work’ and ‘You’re Not Stubborn’ were so irritatingly catchy. This is a band who are too criticized for figure heading Pop-Indie for the Propaganda generation. What tonight proved was that hooks this sharp do not come easily.

I hadn’t given ‘Tourist History’ a play for well over a year but the hooks that brought that gold selling record together were coming to me almost instinctively. The new tracks did get somewhat lost in the buzz of old favorites however some of the more mellow sounds on new song ‘Sleep Alone’ show that the band might be drifting away from their Nintendo-like twangs and stretching their own song writing. The penultimate ‘Come Back Home’ saw crowd members throwing their arms in the air for the anthemic chorus which paved the way for the frenetic finale, ‘I Can Talk’ a song with one of the most simple choruses underlined with an even simpler sample which seemed to dart by in a flash.

There were moments of this show when the mid-tour syndrome was noticeable. ‘Do You Want It All’ was delivered in a somewhat lackluster fashion but it didn’t matter to the crowd at all. Before signing off, lead singer Alex Trimble promised to be heading back to the studio imminently. For their sake, I hope this rings true. With any luck some studio time will reignite the band musically as this is a group with the fanbase, the talent and the ability to prove, once and for all, that catchy music isn’t cheap and that hooks like these deserve fans like their’s. 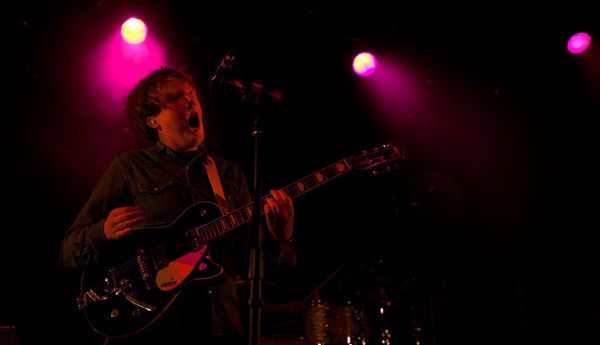 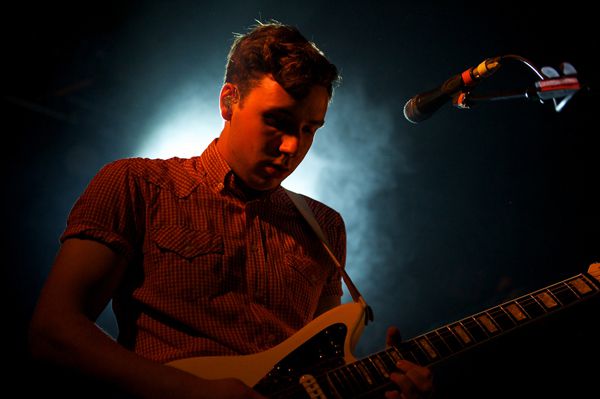