CUSTOMISE YOURSELF WITH NIKE 6.0 BOARDSHOTS 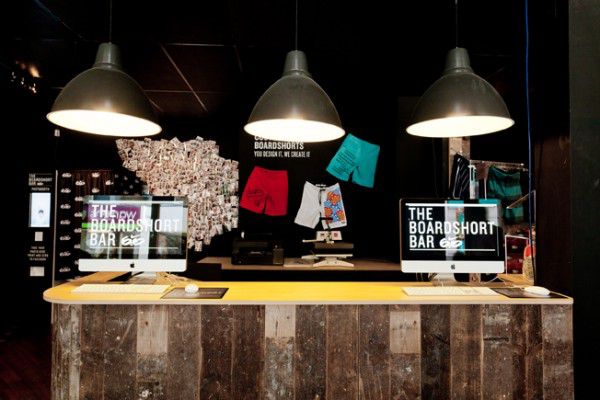 Welcome to the Nike 6.0 Boardshort Bar…
Here today gone tomorrow may no longer be a term of derision as demonstrated by a number of ‘Pop-Up’ retail stores. Early July saw the opening of the temporary concept store on Newquay’s, Bank Street set to celebrate a summer of surfing in the UK. Occupying a previously disused off-licence the entire store was fabricated in just three weeks with the identity of the store kept disclosed until the opening. At its heart, the store offers customers the opportunity to customise their own boardshorts, but also experience interactives including a facebook linked photo booth, live surf web cams and a surf wax inspired game with proceeds supporting Newquay based ‘Joe Way’ charity. Custom prints are designed using a number of templates, these are then sent to instore printer and press – in just ten minutes your design, on your shorts. 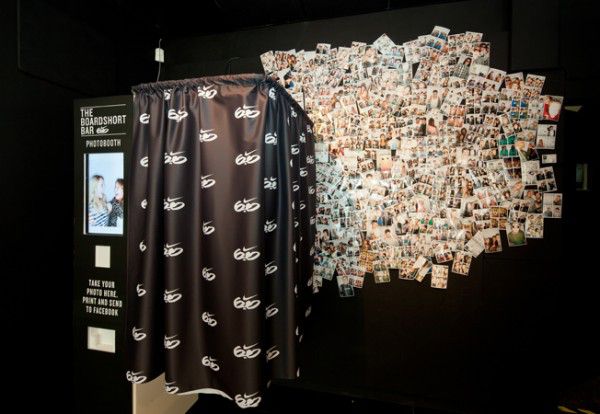 In store, the ‘Say Fromage‘ photobooth lets you capture your holiday memories, and upload them straight to facebook, to be the envy of your friends. The ever growing wall behind the booth is collecting a legacy of visitors over the summer.

Also featured in the Nike 6.0 ‘Boardshort Bar’ is the surf wax inspired game. At just £2 a go, a leaver is pulled allowing the wax to drop through pegs revealing a ticket on the back, some are winners, some are not – the fun is in the gamble. All proceeds from the game are supporting the Newquay based ‘Joe Way’ charity.

Matt Way – Joe’s Dad and founder of the charity said: “What a great idea and a fun way to raise money, the slick design and practical way the machine works makes this a real winner. Charity’s are having to work hard with new and innovative ideas and this has come in at the top of list for us, we are very grateful to be associated and benefiting from this great concept”.

The store is open until the 27th August at Bank Street, Newquay.