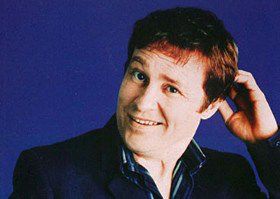 Please, please, please make this three day laughter fest a regular event. Queens Square in Bristol proved to be the perfect location for the three nights of one liners, observational comedy and baffling but hilarious characters.

Having stitched up my sides from the delights of Stewart Francis, Ed Byrne et al, I was looking forward to Milton Jones, Shappi Khorsandi, Ardal O’Hanlon and compare Josh Widdicombe. They didn’t disappoint.

Shappi Khorsandi has a style that allows her to breeze through her material whether it be the old favourites such as the highs and lows of single life or what it is really like to have kids. Any discussion that involves bemoaning the lack of funny women in stand up should include her as proof that women are as funny as men with the mike in their hand.

Following Miss Khorsandi was the one liners and clever word play of Milton Jones. His strange style, complete with odd smile and wide eyed stares, kept the audience laughing even when he was silent. He moved effortlessly through his routine made up largely of new material and carried on, despite a fault mike, to a rousing round of applause at the end.

Completely disassociating oneself from a famous character cannot be an easy thing but Ardal O’Hanlon is first and foremost a fantastic stand up, not a dim witted priest on Craggy Island. His act is full of energy as he moves round the stage and talks directly to members of the audience. Everyone laughed along with his whimsical recollections and observations including a truly terrible way to get out of a situation where he insulted a large woman by asking her when she was due.

Bristol has always been blessed with a thriving live music scene. Now this event only adds to an excellent stand up scene. It reminds me of how lucky I am to live in such a vibrant city.