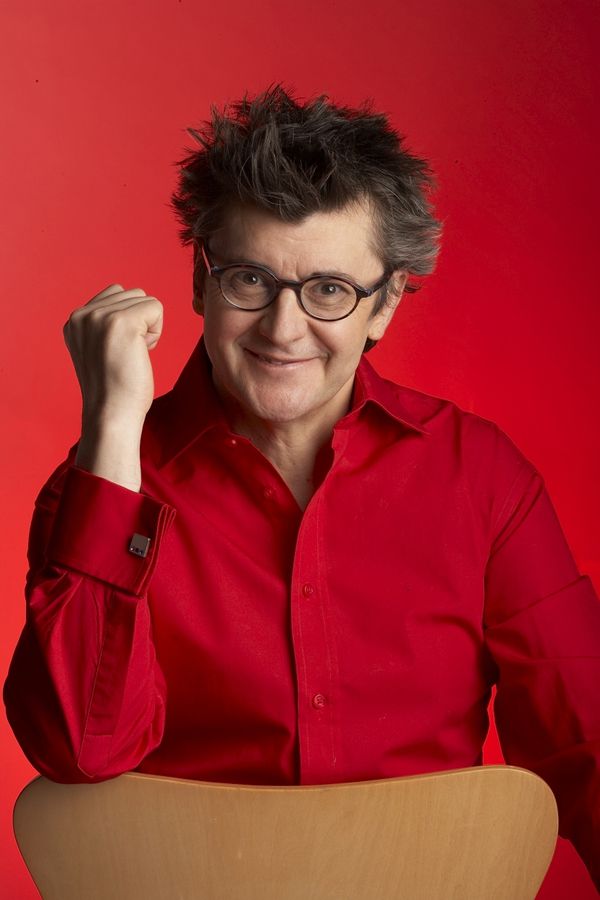 Are you excited about being back on the road?
I’m excited, I have been in this industry for twenty seven years yet I still continue to question why I still love getting up on stage. As you become more successful and you earn more money, comedy then becomes your job and much more of a chore. Previously you would get up and do it purely for the buzz of performing… but then you get a mortgage, bills to pay, staff to pay and these payments go on and on until the sole reason for doing these gigs becomes distorted. In the end you feel that you must perform to ensure you get paid. Thankfully I’ve now gone through that stage and have come out of the other side wiser; it shouldn’t be about that. I’m fifty now, and I believe that it isn’t about numbers or ticket prices but it’s about the live experience between me and my audience. I love and continue to perform. It probably has something to do with me being a bit of a show off.

Are you looking forward to visiting the South West?
I actually began my career down in the South West and my agent was based in Torquay. My first ever proper gig, was the Rainbow rooms in Torquay and so I do always love returning to that part of the country. I also head down that way often for Panto, performing the Panto in Plymouth was so much fun. The Theatre Royal, Plymouth is a great one as they allow for you to get in the crowd. Also, there is so much to offer me as far as geology goes, I hope to get more of an opportunity to explore the South West.

I hear it’s not just comedy that you’re returning to but also education…
Yes, I am currently studying an Open University degree in Geo-sciences. When I was 13 I got run over, on my first day of doing a paper round, and broke my leg. This meant that I missed a year at school. I have always been interested in geology, but when I returned to school I got put into every option that I didn’t want to do and I never completed my exams. I love what I do for a living but I did feel as if I missed out. I then did Mastermind a few years ago and realised that I can still learn so I am now studying a Bsc Geo-sciences degree and by the time that I am sixty years old I should have my PhD!

So the big question is – should we pull your finger?
You don’t want to pull my finger, no ha ha! The name was an accident really – the show isn’t all fart jokes. It’s just two hours of stupidity really. The name came from people asking me for the name of the tour which I didn’t have at that point, so as a joke I suggested the ‘Pull My Finger’ and they loved it. There’s no support act for this show and so it’s just me for two hours. It’s quite a brave decision but what I have realised is that if you’ve paid to see somebody, you should get to see them. I tried it out last year and it worked a lot better that way than it ever has before, really.

We should definitely expect something fun then?
There’s so much stuff going on both politically and financially, it’s terrible, which is why I try hard to steer away from those topics. I won’t pretend that I’d be any good at those even if I wanted to, but I like to perform what makes me laugh which is all about being silly. I think it’s important not to take life too seriously.

Finally, any advice for aspiring comedians living in the South West?
I don’t believe people should be worried about being away from London, especially since for me my career began in Torquay. I think it’s about gaining experience through getting up in front of any audiences that you can find. The hardest part of comedy is finding out who you are in front of an audience, and some people never truly find that comfort zone of being yourself on stage. To find it you really do need to perform as much as you can. London isn’t the be-all-and-end-all. I think that Comedy is thriving in the South West, any way.

Joe will be performing the Pull My Finger Tour at the Princess Theatre Torquay on the 31st July, Truro Hall for Cornwall on the 1st August, Illfracoombe Landmark Theatre on the 8th and 17th of August, and Exmouth Pavilion on the 12th November. For more information and winter dates please visit www.joe-pasquale.co.uk.