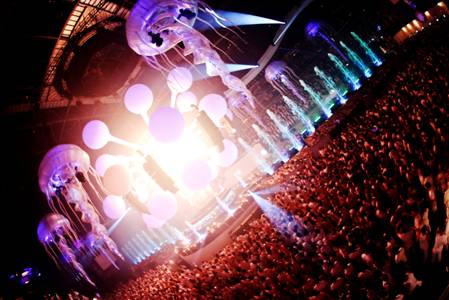 After more than a decade of creating dance music history and rocking over a million people around the globe with one-of-a-kind stage shows, acrobats, performers, state-of-the-art lightshows, lasers and fireworks which cost over £2million to create, this particular Sensation event turned out to be an unforgettable night.

Launched in Amsterdam in 2000, Sensation has taken the world by storm, touring the legendary nightlife celebration event to 21 countries to date, and counting. Filling stadiums and arenas with a sea of people dressed head to toe in white, from Barcelona to Melbourne and Prague to Sao Paulo, the spectacle was brought to the UK for the first time ever by The Smirnoff Co. With the vodka brand’s history of creating one-of-a-kind nightlife experiences around the world including Smirnoff Experience, Smirnoff U.R. The Night and the Smirnoff Nightlife Exchange Project – this exciting new partnership proved to be a perfect combination.

The soundtrack was provided by the seven of the world’s top DJs who jetted in especially to play their sets. UK born superstar DJ Nic Fanciulli stunned the crowd with a special DJ set where he partnered with Joris Voorn. London DJ Nic commented that he “was nervous but extremely honoured to be playing to such a huge home crowd” other highlights included chart topper Martin Solveig impressing the 10,000 strong crowd with his spectacular show. 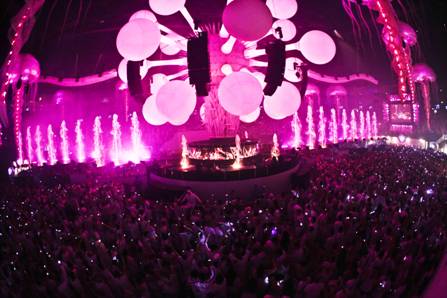