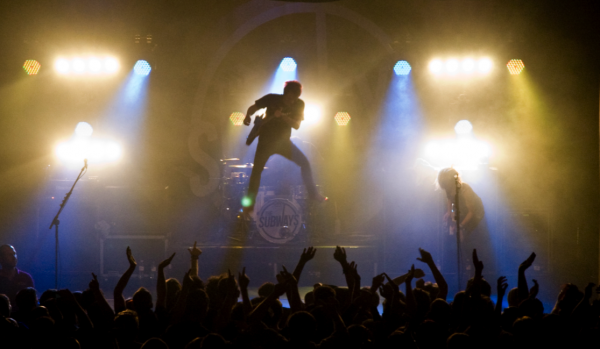 The intimate venue of Princess Pavilion in Falmouth is fast becoming a platform for the rock music scene and whilst they have for some time boasted some successful singer/songwriters (Ed Sheeran and Ben Howard to name a couple), it was the Kaiser Chiefs back in June who stormed the way for rock and roll in this picturesque Cornish town. This time is was the turn of The Subways who chose Falmouth as their only Cornish date one day ahead of their third album release ‘Money and Celebrity’ and ensured that this is one that they would not forget.

The first support act was Suite Noir, a Cornish trio who took the grunge, rock, metal and punk genres and tangled them up into a catchy medley of anthems. Richard’s metal-esque vocals occasionally confused the over-all sound of the band but were balanced out by bassist Lee on backing vocals. Whilst Ryan’s simple attire set him aside from the fashionably rock and roll looks of his band mates his focused drumming technique really stood out – no cymbal or tom was safe as he punched his way across the drum kit creating some inspiring beats. Also worth mentioning is that Suite Noir ended their set with a cover of Nirvana’s ‘Breed’ and whilst it was not a bad cover by any means, it was a tad adventurous for the finale.

The second band, Straight Lines, brought something truly unique to the table. Tom, on guitar and vocals was a huge talent in a little man as he swayed the audience with a beautiful and captivating voice which was supported by a playful set of drum fills from Dane, some exquisite guitar work by James and some incredible enthusiasm from Todd on bass. With a range of influences such as Weezer, Biffy Clyro, and Jimmy Eat World, Straight Lines’ fresh sound deserves some real success.

It then wasn’t long before Billy, Charlotte and Josh – otherwise known as The Subways – bounded on stage to roof-hitting cheers from the Cornish crowd. They were hungry for mayhem, and The Subways would not disappoint. Expecting the band to kick off the show with new material it was a pleasant surprise that the show began with ‘Oh Yeah’, a lively choice for an opener which sent the crowd wild. The Subways then continued to play some more of their older tracks including ‘Young for Eternity’ and ‘Mary’, which Billy – fixed with a permanent grin – invited the crowd to sing along to. It was half way through their seventeen-song set that The Subways began to showcase their new record, and their excitement was clear as Billy jumped off the drum kit during ‘We Don’t Need Money’ and Charlotte head banged her way through ‘I Wanna Hear’.

It was a joy to discover that both Billy and Charlotte’s vocals are even better live than on record as they screamed the chorus of the band’s massive hit ‘Rock and Roll Queen’. The Subways were completely engaged with their audience throughout the entire gig. Billy, a brilliant front man, leaned into the crowd as he watched the audience mosh, head bang and crowd surf and then went on to stop the show demanding a circle pit, in which the audience of course obliged. The fun wasn’t over there though –following their exit after ‘With You’ they then swiftly returned for an encore in which Billy, now topless, jumped into the audience with the other members of the band looking on in amusement.

The set was then closed with a fist-pumping new track ‘It’s A Party’ and it wasn’t long before Josh was able to join in with the fun himself as he threw his drum kit around the stage. Not satisfied with just writing fantastic material, The Subways excelled themselves by bringing an extraordinary and unpredictable punk-rock show Falmouth. 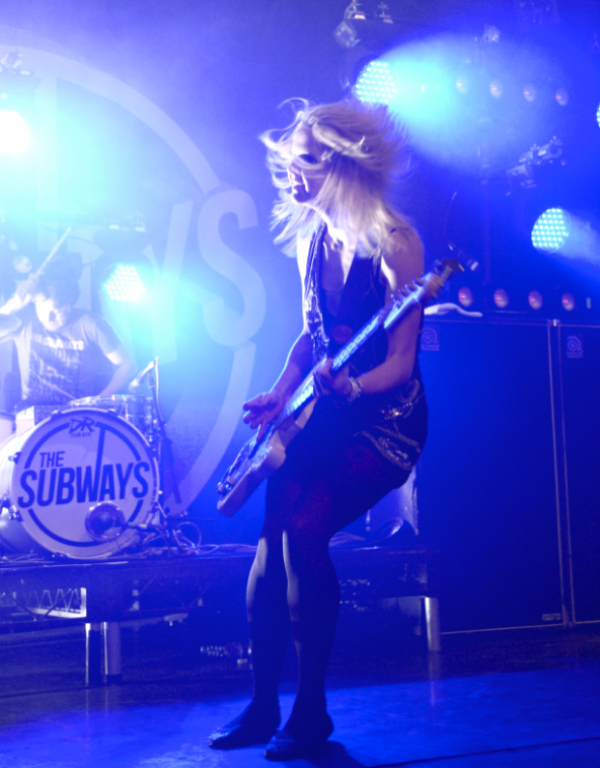 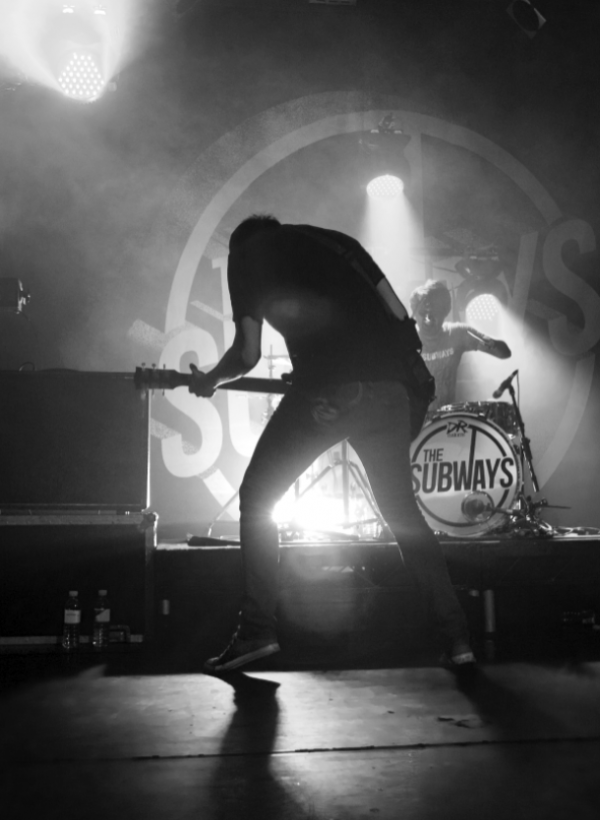