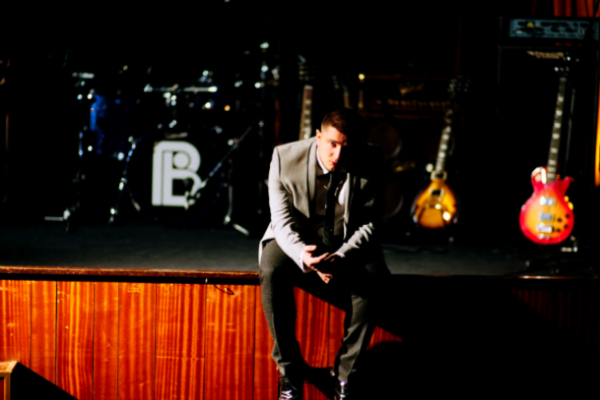 Urban star Plan B is the first headline artist to be announced for next summer’s Eden Sessions as the acclaimed rapper, singer-songwriter and actor will headline a Session in front of the Eden Project’s world-famous Biomes on Friday July 6, 2012.

Plan B, otherwise known as Ben Drew, released his hip-hop debut Who Needs Actions When You’ve Got Words in 2006 and followed it up with the more soulful number one album The Defamation of Strickland Banks last year.

This record spawned Plan B’s most successful single to date, She Said, as well as Stay Too Long and Prayin’. The album tells the story of Plan B alter-ego Strickland Banks, a British soul singer who hits the big time with album opener Love Goes Down before being wrongly imprisoned.

Plan B’s soon-to-be-released third studio album, The Ballad of Belmarsh, sees him return to his hip-hop roots with a companion piece exploring the Strickland Banks story in more detail. There are also plans for a musical film telling the story of Strickland Banks, to be directed by Plan B himself.

2011 has seen Plan B garner a slew of awards, winning in the British Male Solo Artist category of the BRIT Awards and bagging three Ivor Novellos, including Songwriter of the Year and the Album Award for The Defamation of Strickland Banks. In 2010, he won two Q Awards, a MOBO and a Radio 1 Teen Award.

As well as being a successful musician, Plan B is also an accomplished actor. He appeared in Noel Clarke’s 2008 film Adulthood before starring alongside Michael Caine in 2009’s Harry Brown. Next year, a film remake of the 1970s TV series The Sweeney will be released, starring Plan B alongside Ray Winstone.

The Eden Sessions enter their eleventh year in 2012, following an acclaimed series of gigs in 2011, featuring Brandon Flowers and Pendulum among others. Previous years have seen performances from acts including Oasis, Kasabian, Mumford & Sons, Florence and the Machine and Muse.

Eden’s Inside Track scheme returns for the 2012 Eden Sessions. Members get a guaranteed pair of tickets to each show, with seven days to decide whether to buy them before they go on general sale. As well as priority booking and the latest Sessions news, Inside Track also gives members the chance to win exclusive Eden Sessions prizes.

People who sign up to Inside Track before December 31, 2011 will be entered into a prize draw to win a pair of tickets to each of the 2012 Sessions. Ten runners-up will receive a copy of the recently-released Eden Sessions album which features tracks recorded live at Eden by Doves, Paolo Nutini and Mumford & Sons.

Tickets to the Plan B Eden Session cost £35 plus £5 booking fee each and go on general sale at 6pm on Monday December 12. To book, contact the Eden Box Office on 01726 811972 or visit www.edensessions.com