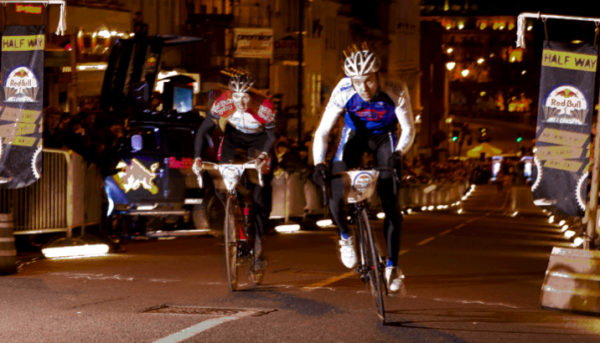 Red Bull Hill Chasers will see 16 elite and 16 amateur cyclists from BMX, mountain bike, road cycling and fixed-gear compete in a series of gruelling head-to-head knockout rounds on the unforgiving incline. Riders will be paired randomly giving amateur riders the chance to compete against the elite. Look out for some big name competitors!

A knockout format will halve the field until just two riders remain for the ultimate showdown. This year, the course has been shortened and pinch points added to make the race equal amongst all disciplines. A qualifying round will be held on Hill Street, just off Great George Street, between 8.30am and 11:00am on 18 February.

After the race Metcalfe said, “The crowd is so close to you as you ride up the hill that they really spur you on and it’s great that relative unknowns can ride against some of the best riders in the world, all right in the centre of Bristol!”

For your chance to compete against the elite as one of the 16 amateur riders go to www.redbull.co.uk/hillchasers and register for your place in the qualifier.