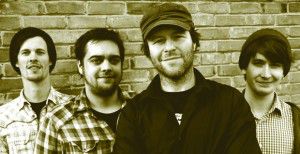 Way out West is a documentary film that explores the DIY ethos surrounding the Punk Rock scene in Plymouth, UK. With a mixture of live performance footage from the 80’s through to present day and interviews with characters involved in the Plymouth music scene, such as Crazy Arm, this film provides an insight into not only how the punk rock scene has developed in the South West, but also how it’s geographical placement in the UK, away from mainstream and industry, forces Plymouth to work with a Do-it-yourself ethos and, ultimately, produce interesting and diverse styles of music, art and film.

BE COUNTED AT PLYMOUTH’S DRUM THEATRE