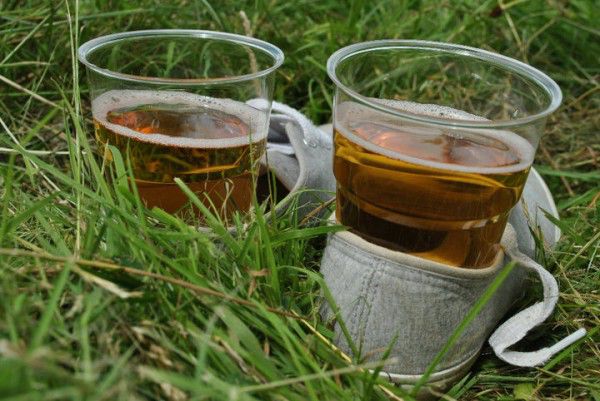 The event in association with CAMRA (Campaign for Real Ale) will feature over 165 real ales, 60 ciders & 10 perries. Boasting the largest selection of Cider and Perry in the South West, this years event will also feature a foreign bar stocked with some of the best beers around.

Live music on the Friday evening will come from local musician, Luke Scott Dumper. 25 year old Luke, was born in Plymouth but lived in Scotland through childhood which gave his vocals a Scottish twang, before moving back to Plymouth in 2000. Performing in local venues including Fortesque, Junction, Voodoo Lounge and Jack Chams, Luke has been performing his Folk music across the South West and the UK. Luke is currently writing his debut album ‘Learning Life the Hard Way’ and in June 2012 he heads out on tour in the UK and Belgium with American singer songwriter Malcolm Tent. Luke can also be seen performing with Folk band ‘Guy Folk’ and local Punkhardcore band ‘F.T.O’ (friendly terrorist orchestra).

Onto the Saturday evening and the Plymouth Beer Festival boasts its biggest headliner in the history of the festival, Sir Bob Geldof. An Irish singer, songwriter, author, occasional actor and political activist, Bob Geldof rose to prominence as the lead singer of the Irish rock band The Boomtown Rats in the late 1970s and early 1980. The band had hits with his compositions ‘Rat Trap’ and ‘I Don’t Like Mondays’. He co-wrote ‘Do They Know It’s Christmas’, one of the best-selling singles of all time. He starred as Pink in Pink Floyd’s 1982 film Pink Floyd the Wall. Geldof is widely recognised for his activism, especially anti-poverty efforts concerning Africa. In 1984, he and Midge Ure founded the charity supergroup Band Aid to raise money for famine relief in Ethiopia. They went on to organise the charity super-concert Live Aid the following year and the Live 8 concerts in 2005.