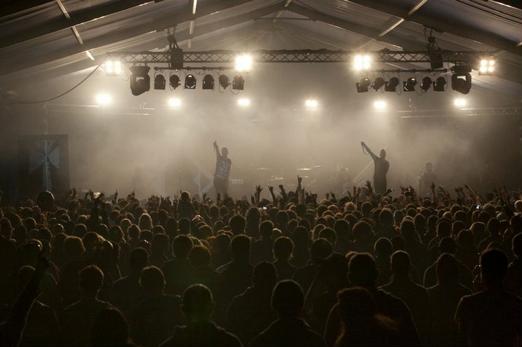 Merthyr Rock, the UK’s new 3 day alt/rock festival in the heart of Wales is back for its second year. Situated in the beautiful historic Cyfarthfa Park, a public, Grade II space in the heart of Merthyr.

This boutique festival brings a mix of indie and rock bands, both home-grown talent and further afield. The festival will run from Friday 31st August- Sunday 2nd September 2012.

Among the early announced bands are Razorlight, Kids in Glass Houses, Deaf Havana, Saves The Day, Yashin, and Arcane Roots with loads more to come. Rhodri Jones, festival director, says: “We had an incredible response to the festival last year, and this year’s event is going to be bigger, better, bolder and an awesome way to end this Summer.”

A special Weekend Earlybird ticket is now on sale for £55 (until noon Mon 2 July). Other ticket information including day tickets will be announced soon. Camping at Grawen Farm is £15 per person, for 3 nights (Fri, Sat, Sun). Merthyr Rock is a 14+ years only event and under 16s must be accompanied by a responsible adult.