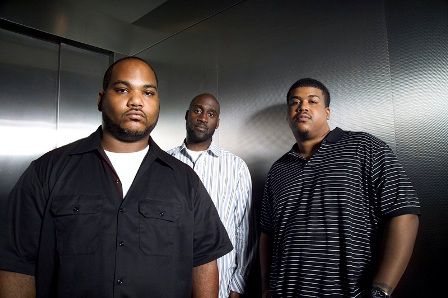 They top the bill on a line-up which features an eclectic mix of over 300 acts representing the best musical talent from all over the South West including Babyhead, Laid Blak and Dr Meaker. There will be 11 stages to choose from at the festival, curated by a diverse range of programmers including BBC Introducing, Jelli Records, Nokia (Wi-Fi), The Gryphon and Remix.

Brisfest will take place over two days from September 22 to 23 at Ashton Court Estate. The festival announced its move from the harbourside to its “spiritual home” of Ashton Court earlier this year, increasing its capacity to 20,000 people and allowing organisers to put on a “bigger, better festival”.

Brisfest was born in 2007 when a group of local people – passionate about ensuring the survival of a not-for-profit music festival in the city – got together after Ashton Court Festival declared bankruptcy. The first Brisfest took place in 2008 after the group, now a registered charity operating as the Bristol Festival Community Group, raised the necessary £100,000 to stage the festival. Brisfest attracted 8,000 visitors in its first year on the harbourside.

Brisfest Director, Poppy Stephenson, said: “We’ve grown steadily since 2008 and we’re now in a position to make the big move to Ashton Court, and take the next step in terms of booking an international headliner. We’re also giving local acts – up and coming and established – the opportunity to share a stage, so to speak, with De La Soul. This enables us to showcase the best artists from Bristol and the South West by placing them alongside a big international act.”

She added: “We’re extremely lucky to have a diverse and thriving music scene in Bristol and we’re proud to provide a showcase for the talent it produces at Brisfest,” said Poppy Stephenson. “Brisfest is an extravaganza of music, art, comedy, theatre and circus and it’s going to be an amazing party in September! Ticket sales have been busy since we announced our move to Ashton Court in January and releasing this line-up, with De La Soul top of the bill, puts us on course for a sell-out event.” 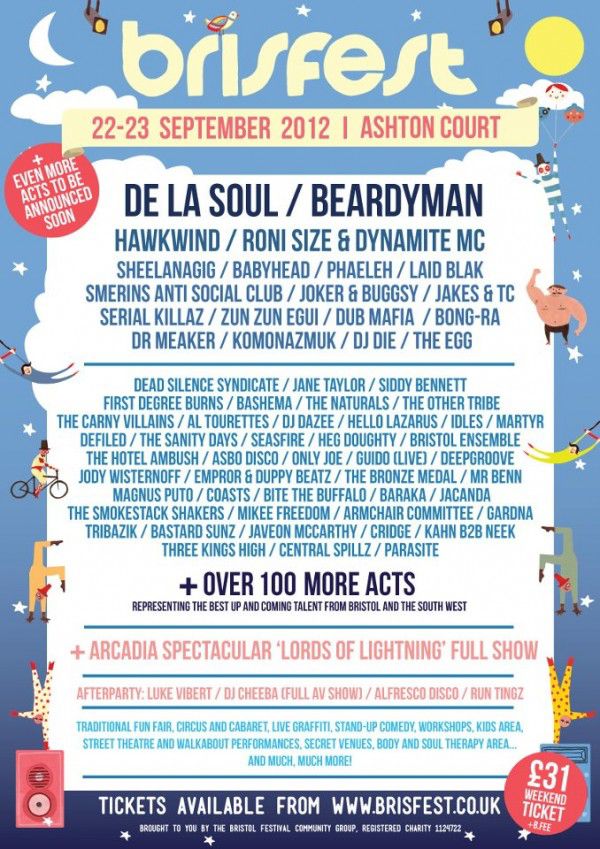