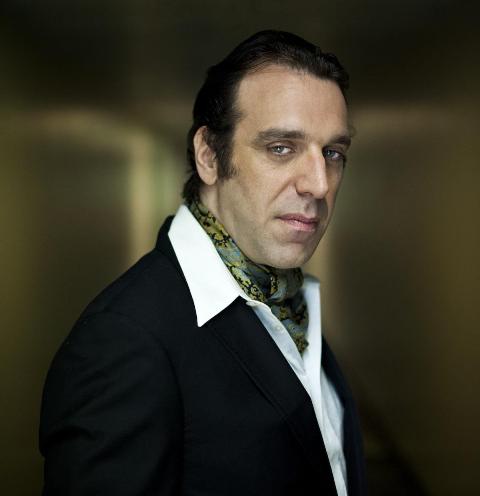 You’ve had a long love affair with the piano, tell us how it all started and where it’s taken you?

And tell us more about this piano off with Andrew WK…

Oh that was ages ago but I imagine he’s still crying to his daddy about that one. He’s a fantastic musician and entertainer, and I had to really work my ass off to hand his to him.

Solo Piano 1 connected with a lot of people in a deep way – so I waited until I was ready to properly compete with myself. I waited until I had tunes that could ONLY work on the piano. Doing high concept albums like “Ivory Tower” with Boys Noize, and my orchestral rap album certainly left me with the desire to do something more pure this time around.

We hear you’ve got a wicked sense of humour – what’s the best practical joke you’ve pulled?

Getting rich by being Chilly Gonzales (thank Feist, Drake and Steve Jobs for that one)

Your music’s been featured in an iPad ad. I assume you’ve got one. What do you mostly use it for?

It broke last January right before I went onstage – I had been using it to teach people music, most notably with the iBone app. I had people onstage playing virtual trombone solos. So when it broke, I naturally went to the store to replace it. But standing in line, I couldn’t help but think “I am the iPad”. So I never replaced it.

How do you approach album artwork? It’s always pretty impressive! Who did the latest design?

You’ve worked with some other talented musicians in your time, what has been the most rewarding?

Co-writing and playing piano with Drake. By far. I love rap music and rap philosophy so much, it was a lifelong dream to participate in an NBA-level rap recording session.

How would you sum up your dress style?

You have a brief tour of the UK coming up (mainly northern cities) – what’s your experience of the South West of England (if any)?

Does Cornwall count? If so YAY!