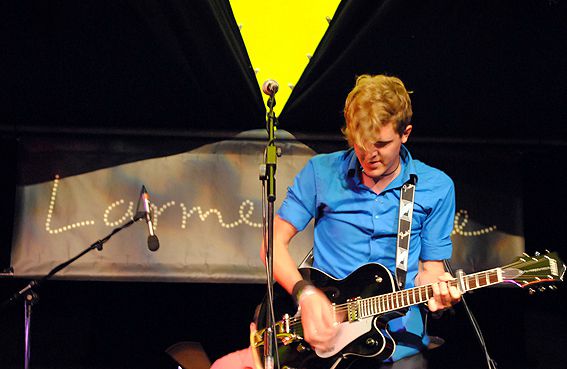 The fourth annual Walk the Line Festival takes place in Cheltenham on 5 and 6 October, 2012.

Acts now confirmed for the festival include Johnny Foreigner, Gunning for Tamar and My First Tooth, JonPaul Palombo and Minnie Birch as well as a great selection of local bands and artists, such as KSH and the Going Goods, Charlie Baxter, Novella Noise, Flight of K, Nina Condron, Jake Watson and many more!

Venues include the Frog and Fiddle and The Railway. Tickets start at £6 and are available from http://walktheline2012.eventbrite.co.uk/?ebtv=C