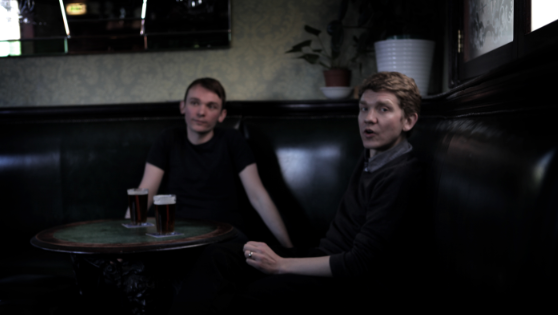 You’ve been going for almost a decade right? What’s changed in that time for you?

Essentially we’ve just gotten better at doing lots of stuff – better at writing, better at recording, better at organising our time. That’s not to say there aren’t lots of good ideas and sounds on our earlier records but with the newer albums, the good bits are less likely to be flukes.

You have an album called ‘We Write Our Own History’. If you could write your own future, what would be in it?

Lots of time to think and lots of time to write music, occasional inspiring collaborations and enough cash to pay our bills without having to repeat ourselves.

There’s a bit of a Sunderland music scene going on, tell us about that…

The Sunderland music scene we grew up with is probably well into old age by now. Ten or twelve years ago we were doing bands, The Futureheads were just starting and the likes of The Golden Virgins, Pete ‘J Xaverre/Johnny X’ Gofton and This Ain’t Vegas were all making records and putting on gigs. There was lots of sharing of band members and a general atmosphere of helping each other out. Frankie & The Heartstrings started a little bit later but most of them were also in bands or putting on gigs (or starring in our videos) right from the start too, and Pete Gofton produced tons of their early recordings and played in the band too. It’s worth saying though that music in and around Sunderland and Newcastle has always been intertwined – again, lots of gig-swapping and band member-swapping and recording each others bands too.

How did you select the songs for your covers CD and are there any you wish you had space for, but didn’t?

A few of the songs were originally for Mojo covermount CDs, in which case they tell us they’re going to do covers from a particular artist or album and which songs are left. I don’t think we’d have picked ‘Don’t Pass Me By’ in any other circumstances. The Pet Shop Boys tunes were for a Record Store Day 7″, partly because we love ‘Actually’ and partly because we completely failed to rustle up a decent Prince cover. A couple of the others are songs we played live at one point or another (‘If There Is Something’ with the School of Language band and ‘Fear Is A Man’s Best Friend’ on the tours for The Week That Was). I’m not sure that I really enjoy doing covers. When I really love a record, it’s generally because of the song AND the production and arrangement and performance so it would be perverse to tinker with it.

You’ve caned the festival circuit recently – what’s your favourite and why?

We’ve always had a good time at Green Man in the Brecon Beacons. I think the audience and atmosphere there just fits with us. We’ve had other good festival shows but if we were only going to do one every year, that’s the one I’d go for. It’s also in a beautiful location, which just about makes up for the tendency towards very heavy rain.

We think the best place to hear music is in a field – where would you rather listen to music?

Somewhere quiet with no distractions and either massive headphones or good sounding speakers cranked up.