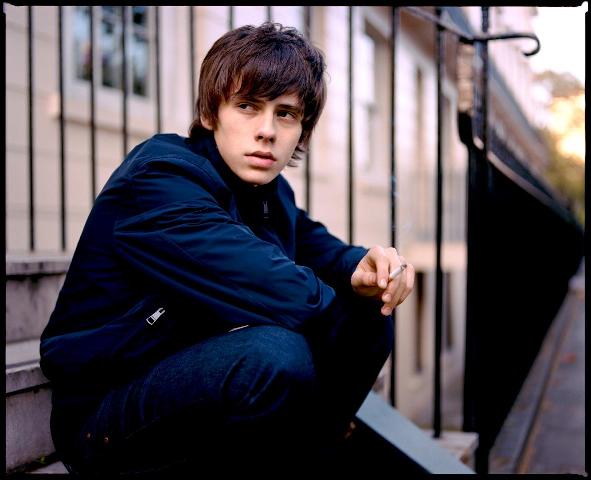 Just over four months ago you were releasing your debut single, and wondering how it would be received. Now you’ve made daytime Radio 1, done Jools Holland, played loads of festivals and sold out an autumn tour. Of course you always hope that success might come your way, but what’s happened must be incredible…

It is. When I was younger and writing my very first songs, obviously you dream of a life like this. But I never once thought that it would actually happen, especially not to the level I’ve got to now. Honestly, I never thought it would pan out like this, or this quickly.

Can you put your finger on why people have really taken Trouble Town, Lightning Bolt and Taste It to their hearts in such a big way?

It helps when Zane Lowe calls them the hottest records in the world! But it is difficult to explain. I think a lot of it might be down to the fact that there isn’t actually that much new guitar music around these days, to be honest. So when you do come up with something that seems to work, people really really like it. But that’s just one theory. I think everyone who makes popular music would like to know why it’s their songs that people latch on to rather than loads of others!

So what have you particularly enjoyed as the excitement has built over the past few months?

Doing Jools Holland’s show was just a great day all round. But getting the nod to go on an American tour with Noel Gallagher and Snow Patrol in the autumn is a massive achievement for me. I’ve always wanted to go and play my music in the States, and to do that with two such massive acts is actually a bit difficult to take in. Hopefully it’ll sink in at some point.

The first thing people will think when they hear you is that this is the work of a classic, back catalogue artist who is far older than you are. Did writing these songs come naturally, or were you trying to ape some of your heroes?

It’s not a secret that when you start out, you want to try and be like your favourite artists. When you first learn guitar, you don’t immediately sit down and write songs, you try and work out the songs you already like. And I did that when I was 12. But somewhere along the line, you find your own sound, you work on it and develop it. To be honest, I just prefer older music.

It was fantastic to play there. I’d auditioned for this event called Glastonbudget, which is a tribute festival to Glastonbury, and they turned me down. And then the next day Radio 1 rang and asked me to play the actual thing. It was mad. Actually playing on that stage was phenomenal for me, a great achievement.

Who were you up against on the other stages?

Er, Beyonce was on at the same time as me! So I didn’t have the biggest crowd. But in a way it was the footage of me playing at Glastonbury which was more important.

This summer you’ve been honing your live act at lots more festivals. They’ve been just as important to your momentum in a way, haven’t they?

There’s been a few mad ones, yes! Some of them were booked before I was signed, so there was this family festival in South Yorkshire somewhere which was a bit strange – but cool too. And I really liked The Wickerman, particularly when they actually burn a wickerman. But it’s been interesting, because you do quickly understand that you’re there to entertain, and sometimes one man and a guitar won’t be enough.

So how did you adapt?

Well, after you’ve played a few gigs you realise that you need to create a persona for yourself, I think. You have to put on a show rather than just playing eight songs and going home. So even though there are a few songs I will play on my own, I’ve got a bass player and a drummer now, which means a gig of mine can be much more varied.