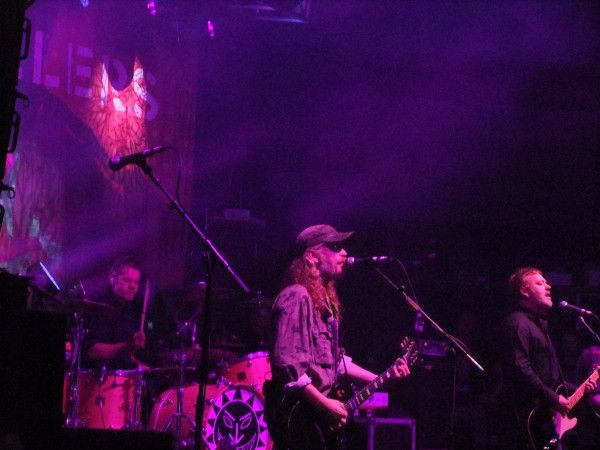 While the crowd at Bristol’s O2 were pretty sedate for energetic ska punk band, Citizen Fish, who were supporting, the whole crowd, rather than just the gaggle at the front of the stage, erupted when The Levellers hit the stage.

The English folk-rockers delivered a mighty energetic set, which incorporated new material from their tenth studio album, Static On The Airwaves, and from their back catalogue which spans back to the late 80s. The most well-known songs, including What a Beautiful Day, Boatman and Carry Me saw the crowd belting out the lyrics with almost as much gusto as frontman Chadwick himself. I was disappointed the didn’t play Hope Street, but the set was blinding and well-paced regardless. The lighting and sound were also top-notch.

During the day of the gig, The Levellers, true to their inclusive community vibe, had invited local musicians to audition to play a song alongside them and theses local muss did a grand job and also received a good reception from the crowd for what was said to be the last song. The Levellers did two encores, much to the delight of the euphoric cider-swilling crowd.

The Levellers performed as well at the Bristol O2 as they did at their own festival, Beautiful Days and you can’t really ask for more than that.