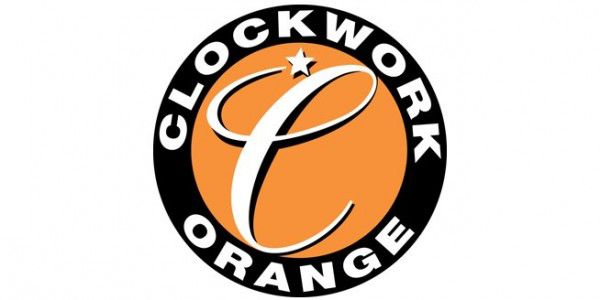 Not many club nights these days make it past their first year so to see Clockwork Orange fast approaching what will be their 21st Anniversary in the UK and their 20th white Isle birthday this summer you can only take your hat off to the party that has consistently given the people what they want for over two decades.

Nick Coles catches up with the legendary promoter Danny Gould for a quick chat, a man not only infamous for his appearance in the controversial 1997 series Ibiza Uncovered but also responsible for giving hundreds of thousands of clubbers a good time every time at their hedonistic events at many worldwide destinations.

1. How did Clockwork Orange first begin and what was your initial vision for the party?
Clockwork began as a suggestion by Andy Manston, He the Dj, and I the ducking and diving youngster habitating London nightspots on a weekly basis. Vision? In those days we could just about see with all the pharmaceuticals, we were two young men, Gouldy 20 and Andy 21, we couldn’t see past the next week let alone predict and forecast the future, it was fun and nothing more then.

2. Can you also tell us a bit of brief history into your foray into promoting & clubland?
It must have been pretty exciting back in the early days?
I was always out, so was Andy, Gas, Naked Lunch, Echoes, Albany Empire, wherever the party was we went. It made sense to hold our own parties. That’s what lead us to Es Paradis. We always went so why not do our own event. Exciting? Of course it was, expectation mixed with fear, hoping, wondering, being up till 8am flying cars and nightclubs, we were doing ok, it wasn’t until Ibiza 94 that the real buzz started.

3. Obviously Clockwork and yourself were part of the Ibiza makeup for many years, how do you feel it has changed in recent times and do you think it was a lot easier top break into the club circuit as a promoter back then?
Back then we held 4-5 parties, then rung Es Paradis, got a weekly slot, went from there. Done! As for Ibiza changing, I fell in love with Ibiza in the 80s and 90s, first visit in 89 to this magical land, then every year after. From the early 90’s up to 99 it was still balearic & chilled. There was no real explosion of money, free passes, friendships. Now it’s Vegas! Those who started making money in the 90’s now own everything, the clubs are unrecognisable from the old places we went to, Space changed in 2000-2001 and became massive, the old terrace we knew and loved disappeared. Saying that its still one amazing place that has that unseen wonder, if you feel it, you are a true Ibizan!

4. How did your appearance in Sky One’s Ibiza Uncovered come about? and do people still recognise you from it to this day?
The recognition stopped a few years ago, I’m grey and silver now opposed to brown hair, I could be my dad. The appearance is a Clockwork fable. Andy was called by Jeremy Healy’s manageress Fran Cutler, she mentioned a crew filming Jeremy and asked if we were interested, we said of course, Andy met the TV crew, However the night before he was supposed to meet them he got right on it and couldn’t face the cameras so I stepped in.

5. Having settled down considerably since the fast living days as a full time club promoter, do you miss it?
That was then, this is now. I did at first, the drinking and drugs, women and sunshine, being infamous and all that jazz and then all that went away. They were and always will be the most amazing times I ever had.

6. Was it easy to walk away from what many perceive to be such a glamorous occupation? and what ignited that spark again to throw a new batch of special reunion events?
I left as I needed to earn money, the scene had changed and big name DJ’s were just as expensive yet pulled no crowds. I was working for Nada so got into something else. They were glorious times and years and when I left it was like my stomach had been ripped out, Clockwork was my baby! The spark was ignited when Andy asked me if i wanted to get involved again and I kept saying no. Then I put hundreds of photos on Facebook, all scanned from the old days, people tagged people, the crowd came out of the woodwork and I felt the buzz, the old buzz of days gone by and I said lets do it….!

7. I heard a story once that back in the late 90’s one Ibiza superclub trademarked all the club brand names in Ibiza, forcing events to either close or change names whilst they ran the parties themselves. Is this true or just one of those tall rave tales people talk about at afterparties?
Totally true, by someone who knew the Ibiza scene and probably involved with it. Everyone got trademarked and in 2000 we had to change the name, the name is rightfully Clockworks once more.

8. If it is true, how did you overcome this and how did it affect Clockwork Orange in the UK & Ibiza ?
Clockwork Orange finished that season of 2000, the scene had changed, the big names of the previous year weren’t pulling the punters and clockwork finished. One horrible season it was that year, I can tell thee. The UK was the same, the name didn’t change but the scene had, all our friends were starting to settle down and move on also.

9. Having booked many house music icons over the years, who have been your top 3 DJ’s to book, work & party with? and why?
1) Jeremy Healy, he was to me the God of clockwork 97-98, he smashed the life out of it, I have never seen Es Paradis more full or more rocking than when he did his 5 hour set. 5.08.98, he was a pop star and the No1 DJ.
2) Peasy (Alex P) and Blocko (Brandon Block) (Top fun, always mental, everyone loves em, Peasy makes me laugh, he’s still a nutter.
3) Tall Paul, after listening to his Clockwork 20th anniversary set I totally understood how good he was. As cool as they come.

10. If you had only 30 minutes to compile a mix that represented the last 20 years of music for you and your event, which tracks would go in? and why?
El Nino – Agnelli and Nelson -Takes me back to the 1998 summer in a flash.
Voodoo Ray – A Guy Called Gerald – When Blocko dropped it on the terrace of Space in 1994, I was tripping my tits off and everything went into slow motion.
Debbie Malone – Rescue Me – Echoes Saturday night 1989.
Helicopter – On Ya Way – First ever Clockwork in 1993.
Turntable Orchestra – Your Gonna Miss Me – I was 17 years old running along the beach with my walkman on Playa D’en Bossa beach.
Jesus Loves Acid – Ecstacy Club – I remember listening on Sunrise FM in 1988 whilst at work thinking, what the fuck is this sound?
Koto Visitors-Tony Wilson - THE GOD, Friday night at Echoes in Bow road in 1989 thinking, this man is a beyond the frontiers of this universe. He still to this day is my DJ hero.
Emotions Electric – A Guy Called Gerald -1989, The first time and every time I hear it, i shiver.

11. What is the most rock n roll thing that Danny Gould has done?
£30,000 of Koova in an Ibizan summer. I crashed the van head on into a Spanish van and nearly died. I’ve fought a golden midget, airbombed restaurants, punched a locked window in to get into my villa and with blood everywhere I then found the keys. Car crashes, £25,000 bar bills in Es Paradis (our own fucking club!), the women, blowing things up with explosives, Two gram lines of wallop, sex uphill in 4th gear whilst driving and sniffing trumpet of her boobies in Ibiza.

12. What is the funniest scenario or incident you have witnessed at at Clockwork orange party?
Tony Nicholls wandering around with one shoe on, the other shoe off and a long white wet sock trailing. ” Where’s your shoe Tony?” Tony looks, then says, ” Oh, I’ve lost it”

13. Finally, please tell us about the two special events you have planned for London & Ibiza this year. What can people expect from each and are these likely to be the final pieces to the Clockwork Orange Jigsaw?
We are just getting started, Clockwork always will be and always was special. When that stops, so do I. Ibiza, our undoubted spiritual home is going to be such a gathering of faces gone by, listening to those old amazing Es Paradis tunes and the place absolutely going off.