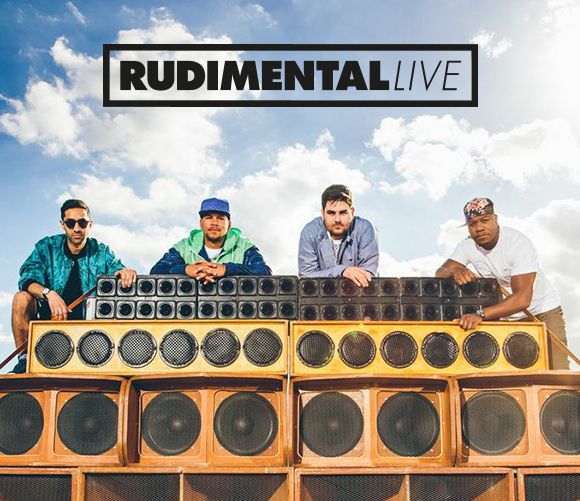 Summer 2014 feels like a lifetime away. The scorching heat, beautiful people, groundbreaking surfing and oh man, the music… what to do next? Time to start planning for next summer and to help things along, Cornwall’s surf and music festival, Boardmasters have confirmed Rudimental as one of their main headliners for next years festival overlooking Watergate Bay, near Newquay.

Nominated for a Mercury Prize in 2013, and having won several awards including the Brit Award and the Mobo Award for Best Album, the band came on everyone’s radar in 2012 with ‘Feel the Love’ featuring John Newman. Other hit followed including ‘Not Giving In, Waiting All Night and Right Here (featuring Foxes).

Rudimental said this about their future Boardmasters performance: “We had an amazing time when we played Boardmasters a few years ago! We can’t wait to come back next year and celebrate our second album with everyone!”

Established in 1981, Boardmasters is a 5-day event situated in two stunning locations in Cornwall. The event in 2014, which welcomed 30,000 festivals-goers has been hailed a huge success; despite the fact that organisers were forced to close the festival early because of severe weather caused by ex-Hurricane Bertha. Those wishing to secure their tickets now can get their hands on Tier 2 tickets for a limited time. Boardmasters operates a tiered ticket system with price bands for tickets changing over time. The sooner you buy, the cheaper it is!

New for 2015:
– Boardmasters camping at Watergate Bay has been extended, opening a day early, from Wednesday 5 August. This means festivalgoers now won’t have to miss a single day of the event including the surf action at Fistral Beach during the days before the music site at Watergate Bay opens over the weekend.

– Bumper ticket package called the ‘Charger’ ticket. It includes everything from bus pass to parking, VIP camping, Beach Session gigs, After Parties and a Boardmasters t-shirt and tote bag!

General tickets are currently only £40, get yours before they go up to the next tier at boardmasters.co.uk