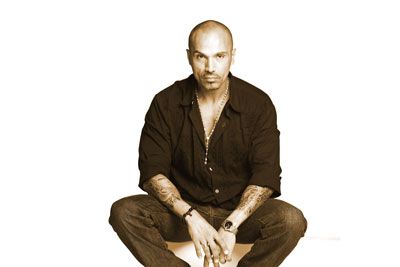 One of the South West’s biggest dance nights has bounced back on the clubbing radar with a veritable line-up of DJ legends. Hypnosis started promoting house music dance events in Manchester in 1988, before relocating to Newquay in the 1990s bringing some of the biggest names in dance to Cornwall.

Yet the names don’t get much bigger than the line-up announced for the first Hypnosis event in ten years at Sailors, Newquay, on April 25. David Morales, Farley Jackmaster Funk, Graeme Park and Jon Da Silva are all part of a line-up rarely to be seen in the UK, yet alone Cornwall.

Hypnosis promoter Dean Hazell said: “I have organised events at club level and large arena shows from venues around the country. The reason I am returning to the club scene is I am being hounded with messages to start doing club nights again.

“This particular opening event is set around the original club night theme and the line up has been specially chosen for this occasion. The original Hypnosis followers can reminisce, whilst it will be a brand new experience for the new generation of clubbers.”

David Morales was one of the original house DJs in New York, an original head from the 1970s who weathered the changeover from disco to house.

Morales has carved out a career as arguably one of the most in-demand remixers of the post-house era. He has worked with a large assortment of successful and famous artists, including Madonna, Whitney Houston, Michael Jackson and U2. He has had several huge hits himself over the decades, most memorably with Needin’ U that helped him become of the first superstar DJs.

Hailing from Chicago, USA, Farley Jackmaster Funk is widely acknowledged as the godfather of house music. Farley started DJing in 1981, and first shot into prominence in 1986 with the hit Love Can’t Turn Around.

Since the early 1990s, Farley has carved a name for himself as one of the most respected DJs in the UK and is a regular visitor. Playing his uplifting house and garage set, Farley is a regular at some of Britain’s most prestigious venues.

The story of Graeme Park mirrors the evolution of dance music and club culture itself. Graeme worked in a record shop when the very first house records began to filter through from the USA. Soon, Graeme was playing at the legendary Haçienda in Manchester, and within no time Graeme quickly became one of the biggest names on the emerging dance scene – a reputation he has kept up some 30 years later

Jon Da Silva is a masterfully talented DJ and producer who was at was at the epi-centre of the early days of UK dance music and defined the music policy of The Haçienda during the explosion of acid house. He quickly became regarded as an innovative, adventurous, and pioneering DJ.

His insight into house, tech house and Techno, yields a unique concoction of muscular beats and techno soul bringing together US House, European techno and UK progressive into a style that is distinctly his own.

Dean added: “The legendary ’90s Cornwall club night is back; this is a night not to be missed.”

Earlybird tickets for the event have now sold out and clubbers are advised to seek tickets in advance, rather than leave it to the night of the event.

Sailors will be augmented with a 20k of extra sound, lasers and full club decoration with amazing video wall visuals.

For more information and tickets, go to www.hypnosisevents.co.uk