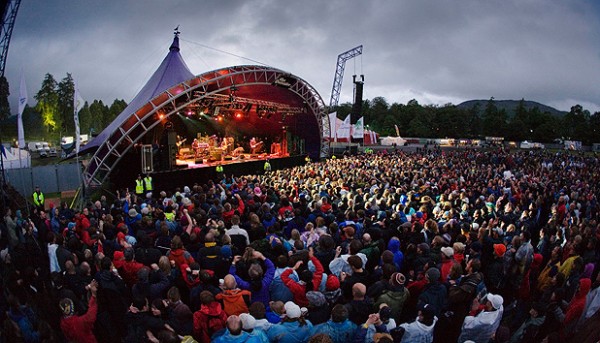 Do you have the winter blues? Are you finding yourself dreaming of summer, the longer evenings, the BBQ, the festivals? Hold that thought – why not start planning 2016 festivals now to get the best ticket deals.

Here are five suggestions that are outside of the South West:

Taking place in Birmingham’s Cofton Park in the last weekend of August, this festival had an eye catching line up in 2015, with Ed Sheeran, Rudimental, McBusted, Jess Glynne, Clean Bandit and so many others, concreting its place among festival royalty. It also donates £5 of ticket sales to The Prince’s Trust, and offers discounted rates to nearby residents. But beware, it does not offer camping, so check out ihg.com for hotels in the area.

Although they happen in two different locations, these twin festivals have become the second biggest deal on the festival circuit. Originating in the sixties, these have seen some of the biggest names in rock history; Nirvana, The Cure, Oasis and hundreds more. With rock, indie, metal and alternative acts, Leeds and Reading typically book quickly. Thus years headliners include Red Hot Chilli Peppers, The 1975, Courteeners, Boy Better Know and many more. Full details here.

Traditionally held the weekend before Leeds and Reading, V festival celebrates it’s 21st birthday this year. It’s moved from a rock line up to something more like pop over the last few years and is one of the more commercial festivals out there. Held over two sites in Chelmsford and Staffordshire and comprised of five huge stages, this years line-up hasn’t been announced yet but last year’s line up including Kasabian, Calvin Harris and George Ezra. Full details here.

Latitude is similar to the more traditional, European festivals in that it houses elements of more than just music, those being comedy, art, theatre, cabaret, politics, dance and literature. Taking place in Henham Park near Suffolk, this festival has become the place to go for hippy, alternative, indie and acoustic vibes. Their history of showcasing now popular comedians means that they choose their comedy acts with great care and an eye for talent. With previous musical acts including Damien Rice, Sigur Rós and Laura Marling, this festival favours a more relaxed vibe than its rock fuelled contemporaries. This years line up and more details here.

Rightly famous all over the world, Glastonbury cannot be missed from any list of the best British festivals. The festival has become more like a travelling city than a music festival. It holds within it a circus, cabaret, comedy, arts, dance, and of course, live contemporary music. Traditionally a stalwart of the counter culture hippy movement, Glastonbury has recently branched out into the mainstream, controversially booking Kanye West last year. With the rumours of this years lineup already rife, all 135,000 tickets have already sold out – you’re only chance is to check the re-release of any returned / cancelled tickets in early Spring – keep a close eye on the official festival website here. Remember you’ll need to register on the website here to be able to try and buy resale tickets as and when they are released.