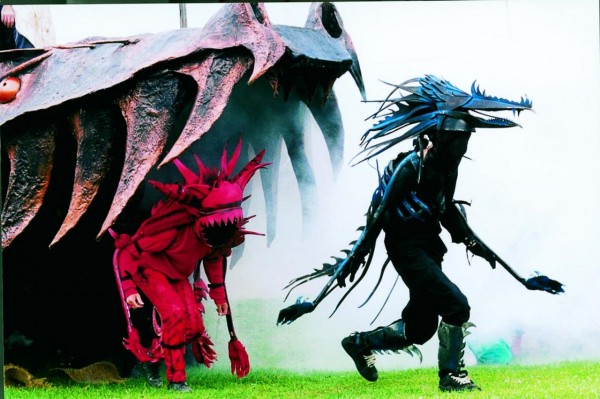 800 years ago in 1216, Penyrn was given it’s status as a town. So to celebrate Penryn’s culture and heritage, this October the 8th, the town will be hosting The Kemeneth Festival. With a heritage market, over 35 bands performaning across four stages, fun fair rides, workshops and performances of The Ordinalia in the streets, there is something for all the family to get involved in.

Cornish medieval plays are one of the earliest forms of theatre to be performed in this country, with round theatre’s such as The Plen, Cornwall, being built as they grew in popularity. Put on by the Church and played by men, these plays were aimed at getting people to convert to Christianity and were surprisingly full of humour, local references and often quite saucy! The Ordinalia was made up of three plays: The Creation Of The World, The Passion and The Resurection.

There is a multi-cultural flavour to the performances with Flamenco from Claudia Cauolin, Gospel music from Falmouth Gospel Choir, Indian Dance from Inspirasian Dance Company, Capoiera from Cordao de Ouro and international circus artists from Swamp Circus. As well as some Cornish dancing in the memorial gardens from dance groups The Whipple Tree band, Joana’s Lift and Tros an Tres. So bring your families to join on these cultural celebrations and enjoy the dancing and ceilidhs.

Music and performances, stalls and exotic street food begin around Penryn from 11am. The market Street will be closed from 8am except for local residents and closed completely from 10am. The final performance will be in the Big Top Glasney Field and Rebel Bar, by Cornwall’s beatboxer Fractal at 11.30pm. for more information visit www.penrynkemeneth.co.uk