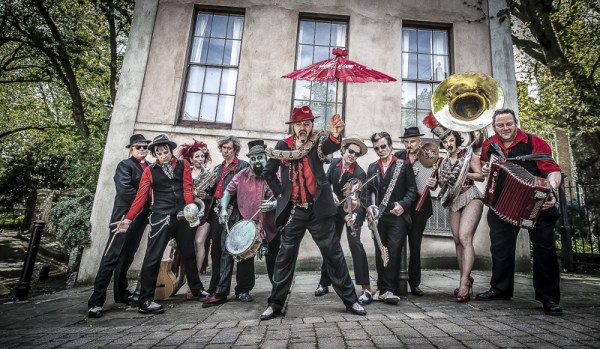 Porthleven Food and Music festival announces its finishing touches to the 2017 bill of exciting performers. The Urban Voodoo Machine, 3 Daft Monkeys and Willie and the Bandits are just some of the superb artists set to get you moving those feet as you eat to the beat at this year’s festival.

Providing you with three days of entertainment taking place from April 21-23, 2017, Porthleven festival is the place to be by the sea. With everything from music, to a top quality range of food producers, internationally recognised chefs and festival fringe events all situated in and around the Cornish port town of Porthleven.

Festival chair David Turnbull said: “Once again we have pulled together a fantastic line-up of music acts, both day and night. The musicians really do provide the soundtrack to the festival and we wanted to keep it local this year with lots of well-loved acts from Cornwall.”

There is something for everyone, with a diverse range of music and entertainment day and night across the weekend. The festival begins at the Friday night opening party and then Saturday night brings you an Under the Sea themed party, with a more relaxed affair on Sunday which begins after the auction and bake-off.

During the day on Saturday and Sunday the music and entertainment will be free, also confirmed to play so far are Suzie Mac and Rosie Crowe who has just released her self-titled solo album. Duncan Disorderly and the Scallywags will also be back in 2017, after their album launch and UK tour and will be joined by The Alex Hart Band.

Tickets for the evening performances are now on sale and can be bought individually or for all three events. Daytime entertainment at Porthleven Food and Music Festival remains free to all. Full details at porthlevenfoodfestival.com