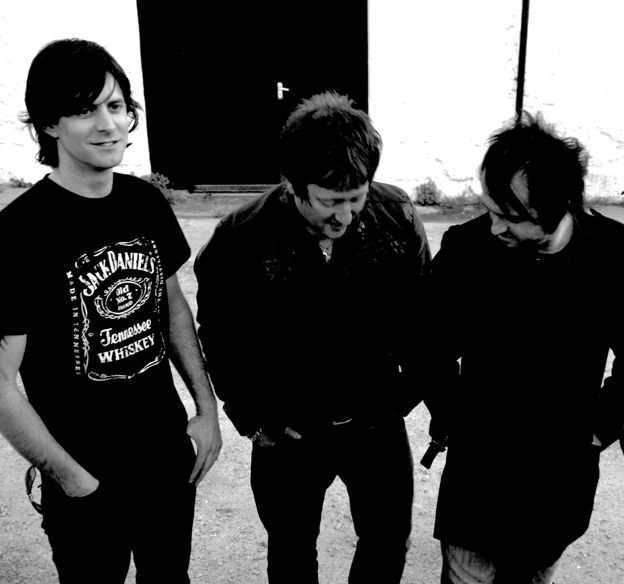 People will always yabber on incessantly about Delta blues and Chicago blues, and yet will often neglect Detroit blues. This is odd, because few cities have suffered, really and truly felt pain, like the Motor City.

Remember when John Lee Hooker sang about how the Motor City’s Burnin’? He wasn’t posturing.

Paul Andrew Ulysses Lamb, as those initials represent, is following in the grand tradition of expressing life’s tortuous events through his own blues-rock music. Born and raised on the streets of Harper Woods, an east side community in Detroit, Lamb’s life was forever changed when his father bought him a Jimi Hendrix album as a birthday gift.

Jimi’s expressive vocal delivery and exquisite guitar playing planted a seed in Lamb’s head that would, before too long, grow into a big old blues-rock rubber plant. The young Lamb would soon be soaking up the influences of the likes of Stevie Ray Vaughn, Bob Seger, Johnny Cash and Johnny Winter.

When he was done with the mundane trials of high school, Lamb caught a bus to Hollywood. La-La Land was getting much of the musical press at that period of time, so it was only natural that a man with his sights set on following in the footsteps of his musical heroes would set out to break the City of Angels.

While in Los Angeles, Lamb would allow himself to be educated (and perhaps a little corrupted) by some of the West Coast’s most notorious rockers. Having partaken in every excess that L.A. has to offer while at the same time honing his soulful rock voice and guitar skills, Lamb picked up his trusty axe and hit the road, a road upon which he made himself at home.

After playing in many Motor City bands throughout the nineties he formed his own band P-A-U-L in 2007. The subsequent tours of the USA and Europe would help spread P-A-U-L’s name across the globe, his touring band often including the talents of Detroit bass maestro Paul Randolph (George Clinton, Jazzanova).

His latest album that Classic Rock Magazine (UK) called “fresh, streetwise and exciting” captured exactly where Lamb was in his life in the last few years, and has continued to help expand his ever-blossoming fan base.

P-A-U-L and his band, which currently features Layla Hall on drums / backing vocals and Joey Spina on bass, spent the rest of 2009 supporting blues-rock legend Walter Trout in the UK and touring with Joanne Shaw Taylor. This summer, he’s playing the legendary Glastonbury Festival in England, and he plans to hit the studio t record his third album later in the year. No matter what the Chinese say, 2010 is the year of the Lamb.

SUPPORT on the night comes from local 3 piece Blues Rock band BIG GUNS who were last seen wowing the crowd at the Johnny Winter gig in Falmouth will be stepping out of the studio to support P-A-U-L at this exclusive night of rocking blues!