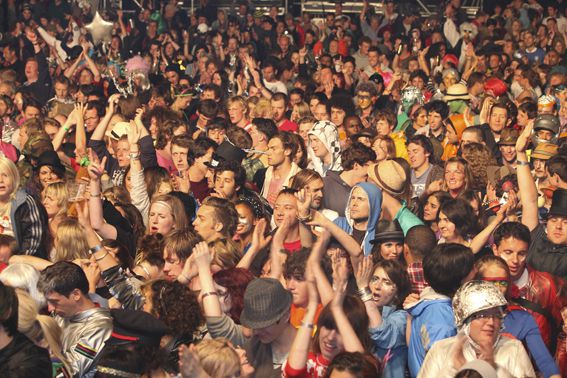 I found myself travelling into an almost mysterious land just due north of London and into the wilderness of Hertfordshire! Welcome to Standon Calling rings out a voice from a tent with lots of flashing lights. This was the point I knew I must have arrived at the right place and set myself up for a weekend of frenzied headless chicken running from stage to stage frantically – not wanting to miss a thing.
On the First day I was sucked up into Bo Ningen’s psychopathic 70’s rock nostalgia, given really trippy images of warped robotic faces by Factory Floors’ darkly intense house music, stared bluntly at Three Trapped Tigers drummer just trying to figure out how he was doing things, before I was taken on a testosterone fuelled thrill ride by Fucked Up weaving the crowd into torrents, swirling round and around as each song pounded like a sledge hammer to the face. I was then given hollow shakes by Liars’ dark intense lyrics
Saturday took on a slightly different feel with a morning wake-up call to go to watch the film Up, it gave me a beautiful feeling deep inside – enough to make you cry.
At this point I staggered into the blizzard of guitars that was Violet Mays, got drenched in 80s synth pop by Swimming before heading over to the main stage for Sparrow and the Workshop and Revere with their soaring anthems.
I then stumbled across the shoegazey volume of Norwegians The Megaphonic Thrift who cooked up a perfect balance of My Bloody Valentine and Dinosaur JR in bouncy walls of noise. This changed with Esben and the Witch, who triggered off dark thoughts.
Steve Mason brought on the rain quite literally as it heaved it down drenching all in sight and then having my heart warmed by The Phantom Bands brand beautiful Gaelic pop oddities, we were treated to Joe Gideon and the Sharks deep wordy slabs over rough trodden guitars and pasted beats
Casiokids came out with squelching synths and happy clap pop moments, before Etienne de Crecy laid waste to the audience with buzzing bass lines and some of the most spectacular 3D light shows, it was like as if I was watching multi coloured boxes fold and unfold into rainbow colours, mixed with flashing strobes it made my eyes think that they had taken steroids and began to bulge out of my face.
The latter found me marooned with Silver Columns blaring out invented words onto randomised bleeps and beeps that sounded quite schizophrenic.
I spent most of the night hours running from tent to tent wanting to hear more and more different things, eventually finding myself in the cabaret with Burlesque dancers and clowns dressed as con men; we all rattled around the tent drenched to the sound of old school rock n roll and sweet dripping soul.
My eyes bleared into the sunshine as Sound of Rum hit out with a hurricane of lyrics storming out attitudes like a bull on full charge, Lulu and the Lampshades provide the much needed gentleness, with their quirky left hook song writing. Gabby Young and the other Animals gave the festival a fair dose of razzmatazz, before Sleepy Sun sent us off into a dazed place and Fools Gold brought out the Rumba from San Fransisco causing bodies to jerk and movement to flow.
Phenomenal Handclap band bring every sound of 70s compilations together, thwacking disco and psychedelic rock together in almost an abrasive marriage.
Efterklang took me off to an enchanted world with the steady build up of melodies that laced over the top of one another, took into a world where there was magical pixies thwacking great big smiles on my face building a sense of spiritual enlightenment.
Leading the way for the closing act of the weekend it is hard to sum up just how important Buena Vista Social Club have been on both a political and a social front, they pretty much brought to the front a country which never really felt that it got listened to. So to see these old timers sing songs of jubilant protest and celebration of liberation is highly inspiring.
Finally, we all stumble off to hear Giles Peterson blasting world beats to house music and fading in to swinging soul drudging my weary body through to the very dying embers of the festival! 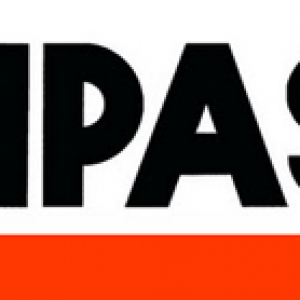 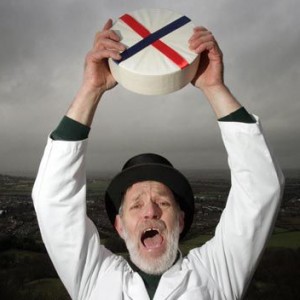 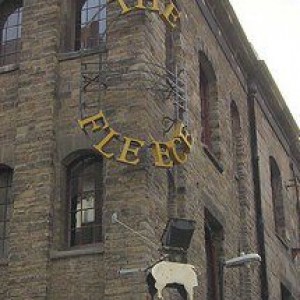