Europe’s biggest surf, skate and music festival, Boardmasters celebrates its 30th Anniversary next year and have confirmed the dates for the 2011 event which will once again be held across two sites in Newquay, Cornwall.

Mark 10 – 14 August 2011 in your diary as the worlds best surfers and some of the biggest music acts of the summer descend on Newquay for this huge festival.

As a celebration of 30 years of surfing at Fistral Beach, the event has upgraded its Men’s ASP surf event to a 6 star event which will bring the best up and coming surfers on the planet. The date change also means the event no longer clashes with other high profile events across the World.

Dawn Patrol tickets on sale from 19th November at www.relentlessboardmasters.com

For an idea of what it’s all about, read/watch what happened in 2010…

Relentless Boardmasters in association with Vans 2010 is officially over; the thousands of people who travelled from all corners of the country have headed home with muddy wellies, sunburnt skin, tonnes of great memories and shed load of new friends, pretty much all the essential elements to a great festival. We feel blessed to have had such an amazing turn out from you guys; RBM 2010 , saw every ticket for the entire 5 day festival being sold. The weather may have tried to dampen the party, it didn’t stop you for one second and in a way it made the glorious sunshine on the Saturday and Sunday all the more sweeter.

Up at Watergate Bay we hope you agree the significant changes we made this year, really added something special to the event. The View Stage has already cemented its place in the Boardmaster’s family and has created its own special ‘sunset’ tradition. The people who were lucky enough to witness the sunset from the ‘Cornish Mushroom Garden’ will agree it was a very special moment. The Residential Dance Tent became the place to be once the headliners had closed off the main stage and gave the festival site a new lease of life for those who love to party. Finally a secret addition, the Cave, a hidden gem for those who are willing to venture a little further for their entertainment; those who battled their way through the maze were rewarded with a steamy rave in a Cornish cave.

The line up this year also set a new standard for RBM, in both the quality and diversity of the acts; more than 130 artists performed across 7 stages during the 5 day festival. Friday saw co-headliners Newton Faulkner and Seasick Steve bringing their own special blend of entertainment to the site; Seasick’s rocking blues whipped the crowd into a frenzy, leaving Newton’s intricate guitar work and chart hits to close out the night. The wild weather mirrored the wild audience, which combined to create a very special night.

Saturday was a dramatic change with the cloudy skies giving way to glorious sunshine, the view was picture perfect and the scene was set for Leftfield to produce a mind-blowing performance. They did not disappoint. Pumping tunes combined with an incredible lightshow, left everyone mesmerised until the final beat.

Once again we would like to thank you guys for coming and making RBM 2010 such a special event, we wouldn’t be able to put on this great event without you guys. Thanks for your comments and photos on the facebook page 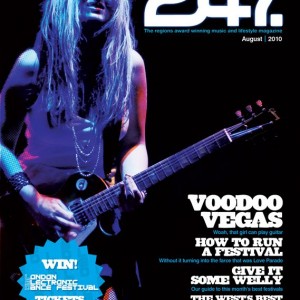 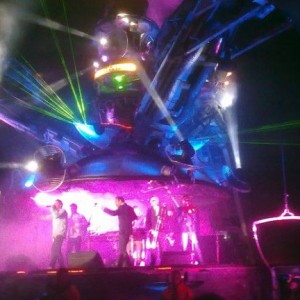