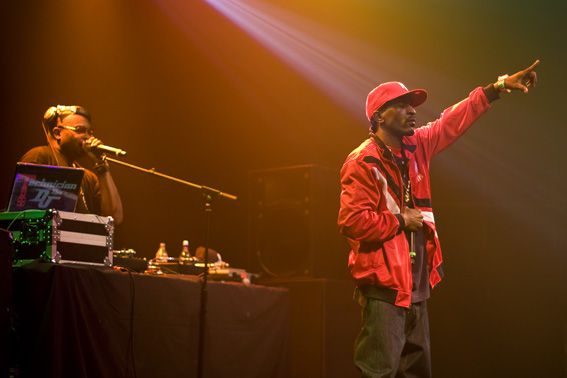 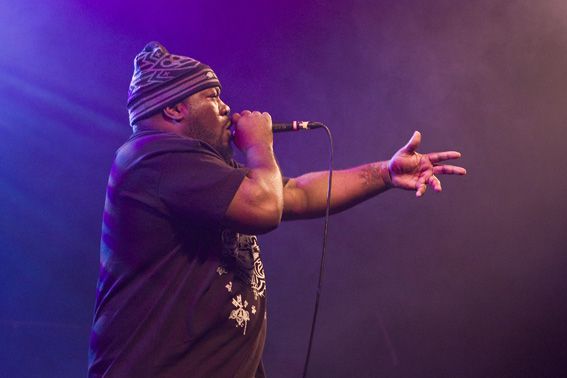 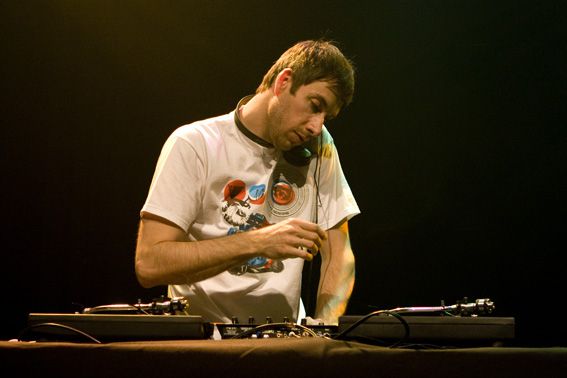 There was definitely a buzz of nervous excitement in the queue before Saturday nights show at the Bristol O2 Academy. Maybe not the same kind of hysteria as when the Paid in Full LP was first played out by Eric B and Rakim in 1987, but now almost 25 years later the apprehension was at wondering whether Rakim would actually play – and if he did, would he live up to his legendary status?

First up was DJ Format. This one time Bristol resident looked at perfectly at home spinning classic Hiphop in front of the rapidly filling Academy. He had every mature B-Boy’s head nodding with a perfect set of party bangers from the Eighties and Nineties to warm the crowd nicely. The Rock Steady Crew turntablist and Rahzel’s wingman DJ JS1 then stepped up to introduce himself and in true Rock Steady fashion he played up to the crowd with some faultless beat juggling, body tricks, heavy cuts and heavier breaks. Rahzel was greeted with an appreciative roar from the Academy. There is no doubting just how impressive his beatboxing skills are but his set was essentially the same as its always been, filled with old WuTang breaks and Transformer sound effects. Still, he is as lively and entertaining as ever with much love spouted for real HipHop music and a few barbed disses to the young beatboxing fraternity who chose to cover faster younger genres of music.

Then arrives Rakim’s DJ; not the President however, but DJ Technician. He moved the crowd by mixing 4 bars of classic 90’s HipHop tunes one into another and easily had the packed out Academy to all raise their hands before the R’s arrival. And then out he stepped. All 5′ nothing of him, skinny with a red NY Yankees cap that needed a doo-rag underneath to stop it from slipping down his face. Yet straight away he commanded the whole of that massive stage. There was almost a slip-up when he asked if ‘London was in the house’ but he corrected himself in a heartbeat to a huge cheer of relief from the Bristol crowd. It seems some mistakes are allowed.

And then of course, he started dropping science. Almost every track from Paid in Full was played, with the crowd rapping along and his voice sounding as silky as it had when he first recorded it. Stand out performances were on My Melody, Paid in Full and I Ain’t No Joke, and after showing off a few of his own beat juggling skills, he smashed out my personal fav, Juice (Know the Ledge). He also played tracks from his latest album the Seventh Seal which may not have sounded as fresh as his old material but have still warranted an itunes download from me this evening. Paid in Full is one of the greatest HipHop albums of all time performed by one of the dopest, if not the dopest emcees of all time, right here in Bristol. Long may he go on holding microphones. 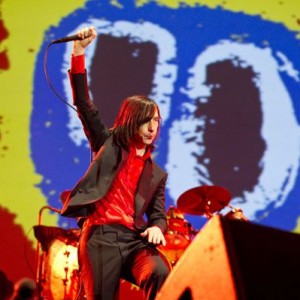 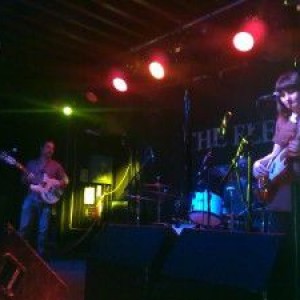 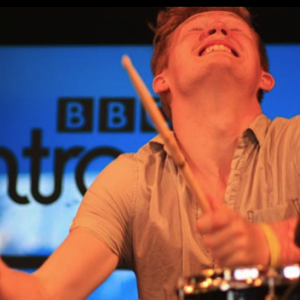