It is a truly admirable aspect of Bristol culture that there are so many festivals, gigs and performances going on in Bristol throughout the year, and a summer comedy festival in Queen’s Square, one of the city’s most iconic spots, is a great addition to an already bulging calendar. With a great selection of acts including many of the South West’s finest, Bristol Comedy Garden promised much and generally delivered well.

However as it was the opening night of the opening year of the festival they could be forgiven for a few hiccoughs along the way, and that was certainly the case from very early on. The giant, newly erected big top tent was sold out to see local boy Russell Howard, however the organisers had decided to use unreserved seating, which in a venue of approximately 1,000 people, meant a thirty minute delay before lights up. Add to that big queues at the bar and a poor selection of drinks and it made for a pretty unconvincing start.

What the festival can be truly proud of is a very strong selection of acts. Huddersfield lad Alun Cochrane kicked off proceedings with his playfully grumpy anecdotes of every day life; tales of train travel and drinking tea were welcoming and appealing, and made for an excellent opening. From the grumpy chappy to the cheeky chappy as Pete Firman (literally) produced some magic on stage. His joke shop magic tricks and playful persona were a joy to behold and he really helped warm the audience before the nights headliner.

Not much can be said about Russell Howard that hasn’t already been said, but his 1,000 mile an hour routines really are of the highest calibre. His mainstream success is entirely justified as he weaves tale after tale, each funnier than the last. From buying toys for his dog, to selecting unusual underwear and abusing his brother in a lift, his offbeat style and inclusive nature are difficult not to like and thoroughly enjoyable.
Compere Dan Atkinson slightly polarised the audience and seemed to be pushing his opinions in pursuit of laughs, but just about managed to hold the gig together despite 25 minute intervals either side of the 35 minute acts which meant yet more waiting around.

The opening night of Bristol Comedy Garden delivered a great deal of promise and potential, and was thoroughly entertaining. There are certainly some improvements to make, but with a little bit more attention to detail and their first year under their belt, it could become a welcome permanent fixture to the busy Bristol summer. 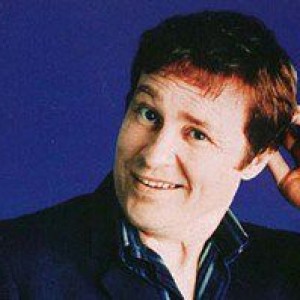