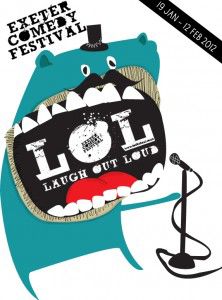 This year’s Laugh Out Loud Festival held in various venues across Exeter involves more shows and more venues, showcasing some of the biggest names on the current comedy scene. The award-winning comedian Reginald D Hunter is the latest comedian to be added to the line-up. A regular on Have I Got News For You, the hypnotic, smooth-talking comedian will hit audience’s funny bone with tales of love, hate, death and all that is in between. Following a sold out show in September, he returns to Exeter Phoenix for one night only on 6 February with new support from the Perrier Award-nominated comedianJohn Gordillo.

Also headlining the festival on 26 January is the British comedy Award nominee and Sony Radio Award winner Simon Munnery.  Star of BBC2’s Attention Scum and Radio 4’s Where Did It All Go Wrong?, his new show, Hats off to the 101ers,  is an overly ambitious one-man punk musical about the R101 airship of the 1930s.
On 8 February, Exeter Phoenix hosts the Edinburgh Festival hit, Your Days are Numbered.  Fusing science, maths and comedy ‘stand up mathematician’ Matt Parker and comedian Timandra Harkness take a look at the amusing and often ridiculous statistics of the chances and circumstances of dying.

For budding comedians who think they may be the next big thing, there are two Comedy Open Mic Nights on 25 January and 1 February at 8pm.  The performances are free and anyone interested in performing should contact patrick@exeterphoenix.org 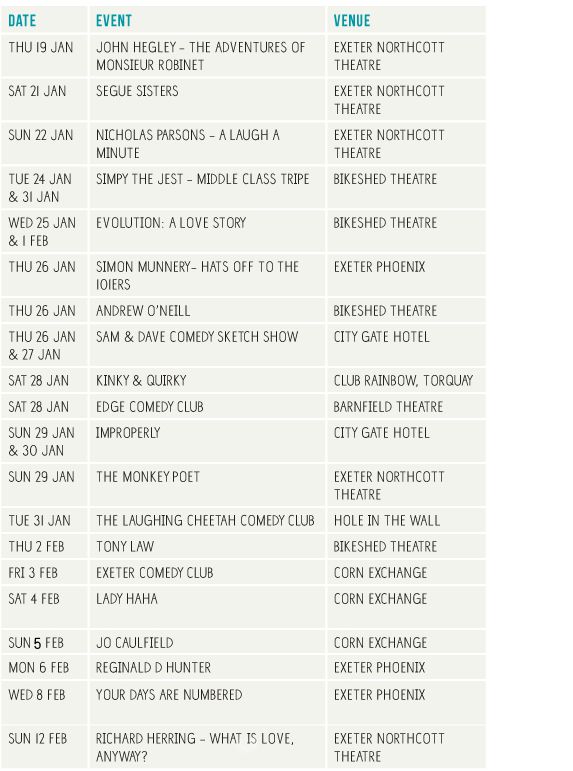