HOTEL CHOCOLAT TEAMS UP WITH EXETER PICTUREHOUSE FOR VALENTINE’S DAY 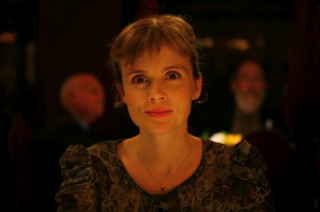 Luxury chocolatier and cocoa grower, Hotel Chocolat, is appealing to romantic, chocolate-loving filmgoers across the UK with the launch of a limited edition chocolate to celebrate Valentine’s Day and the release of the quirky romantic comedy, ‘Romantic Anonymous’ . Indeed the chocolate has been specially created to celebrate the release of the film, and is itself is named after the film. It is a seductively smooth milk chocolate truffle with a good splash of premium Courvoisier VS Cognac. Film goers will find it’s as warm and deeply comforting as the film is to watch.

To celebrate the launch of the film and chocolate, Hotel Chocolat is staging a chocolate tasting session before a special Valentine’s Day screening of the film at the Exeter Picturehouse on 14 February at 6.30. Melissa Shackleton at Hotel Chocolat said, “Love and chocolate have been intertwined for centuries – just ask Casanova! But we just fell in love with Romantics Anonymous because it’s a funny, sensitive film that shares our passion for chocolate. I think anyone who attends the screening will find that tasting our chocolate immediately before will greatly enhance their experience!”

Book for the Valentine’s day screening and chocolate tasting by calling 0871 902 5730 or on line at www.picturehouses.co.uk