NOAH AND THE WHALE + THE VACCINES TO PLAY EDEN SESSIONS 2012 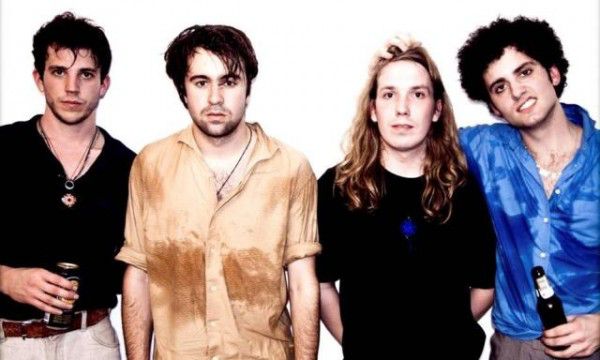 Noah and the Whale and The Vaccines will co-headline an Eden Session on Wednesday July 11.

Indie folk band Noah and the Whale released their third studio album Last Night on Earth last year. The album hit number 8 in the UK charts, following 2008 debut record Peaceful, the World Lays Me Down (number 5) and 2009’s The First Days of Spring (number 16) into the top 20.

Noah and the Whale, who count Laura Marling and Emmy the Great among their former members, are at the vanguard of the British new folk movement with signature singles 5 Years Time and L.I.F.E.G.O.E.S.O.N. doing much to define the genre.

Noah and the Whale will be joined by fellow west Londoners The Vaccines. The band released their acclaimed debut album What Did You Expect from the Vaccines? last year and it reached number 4 in the UK before becoming the biggest-selling debut record by a band in 2011. Their as-yet untitled second LP is due for release this year.

They won the Best New Band category at this year’s NME Awards, beating Lana Del Rey, and were nominated in the British Breakthrough Act Category of the BRIT Awards.

The band have been influenced by both rock and punk and have been compared to groups such as The Strokes and Ramones. Strokes guitarist Albert Hammond Jr produced their most recent song, Tiger Blood, released as a B-side to Wetsuit, the sixth single from the album.

Martin Williams, Eden’s Marketing Director, said: “Noah and the Whale and The Vaccines are two of the hottest British bands around and together will bring some of the finest the indie scene has to offer to the Eden Sessions.”

Noah and the Whale and The Vaccines join musical comic Tim Minchin (Saturday June 23), dance supremo Example and grime artist Devlin (Saturday June 30), Frank Turner and the Sleeping Souls headlining a day of folk music (Sunday July 1), UK soul and hip-hop star Plan B (Friday July 6) and US pop-punks Blink-182 (Sunday July 8 – SOLD OUT) on the bill for the Eden Sessions in 2012. More acts will be announced soon.

The Eden Sessions enter their eleventh year in 2012, following an acclaimed series of gigs in 2011, featuring Brandon Flowers and Pendulum among others. Previous years have seen performances from acts including Oasis, Kasabian, Mumford & Sons, Florence and the Machine and Muse.

Tickets to the Noah and the Whale and The Vaccines Eden Session cost £35 plus booking fee and go on sale to Inside Track members today (Tuesday April 10) and on general sale at 6pm on Tuesday April 17. To book, contact the Eden Box Office on 01726 811972 or visit www.edensessions.com.