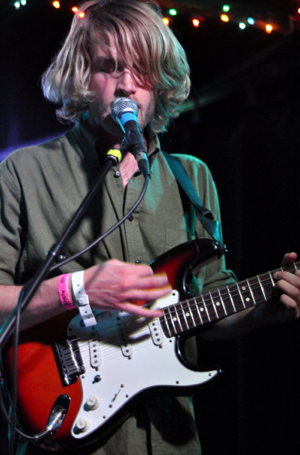 Simple Things festival was once again upon the city of Bristol on Sunday. Queues outside Start the Bus began around 2pm, with many eager to start their voyage across the various venues including Thekla, O2 Academy and The Fleece.

The day kicked off with all girl alt-choir Gaggle at the O2 Academy. An instant feast on the eyes, as all twenty singers appear in their Geisha inspired get-up, complete with colour-tastic make-up and enormous headgear. Led by choir master Deborah Coughlin, the full force of their poppy tunes hits us like a wall of delicious post riot grrrl influence but just a little sweeter. The girls have been getting plenty of hype from the likes of NME and with their debut album out this summer, it looks set to be a Gaggle good time.

Next up were Stealing Sheep upstairs at the O2 Academy 2. This venue doesn’t really lend itself well to shorter members of the audience but the folk-tinged influence of this Liverpudlian all girl group was enough to keep the crowd at ease. Their rough and ready approach had hints of Warpaint whilst entertaining the idea of creating a whole new genre with wisps of folk, punk and synth-pop.

Tall Ships were next to take to the stage and after witnessing them on Monday supporting the brilliant Dry the River, the crowd were eager for another taster. Bursting into their sketchy time signatures and epic crescendos, they certainly riled up the Simple Things crowd for the evening. Single ‘Chemistry’ was a particular highlight but the sound guy could’ve done with a bit more tweaking.

By the time the guys had gotten through their first three songs, downstairs one of the most hyped artists of the year was beginning her set. Canadian songstress Grimes definitely played up to her quirky persona with her 90’s geddup and ironing board synth stand. Having been regularly played on BBC6 Music and a favourite at independent record stores, the O2 Academy was packed to the brim. Playing songs from her latest album ‘Visions’ the 24-year-old stole the show, as her confidence led her fearlessly across the stage. Single ‘Oblivion’ had the crowd singing and swaying along, proving that this girl is going to get even bigger.

Across the pond at Thekla, Three Trapped Tigers were bursting into their fury of noise to a raucous crowd. The band has been heavily hyped over the past few months, with some even stating that ‘it’s the sound of imagination itself.’ But to be quite honest, the sounds erupting from the stage sounded very familiar, just churned out in a louder sense to appease this whole new alternative dub-step thing thanks to duds like Skrillex. Nothing new here.

The evening’s entertainment was well under way, so a trip to arguably Bristol’s best venue The Fleece was certainly in order. Hosted by Vice, the venue had a new whiff of a hipster take over, complete with overly-eager-steal-your-boyfriend shot girls. Japanese quartet Bo Ningen quickly took the pain away with their awesome alternative rock. Their energy and approach to a tighter-than-your-whities set was truly refreshing and an absolute highlight of the whole day.

TB2 and Lakota finished off the day with fantastic sets from the likes of Space Dimension Controller and Marcellus Pittman. Despite the arrogance, Space Dimension Controller did the trick for the dance floor but it was Pittman that really stole the show. Playing perfect 80’s montage soundtracks and funky house, he had the whole room gushing with love and some serious dance moves. A perfect way to see out the festival. 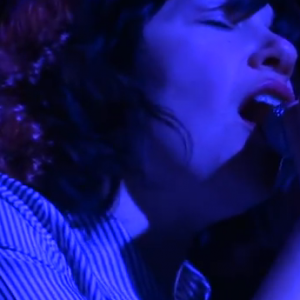 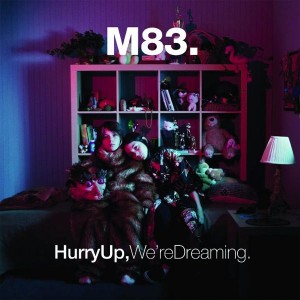 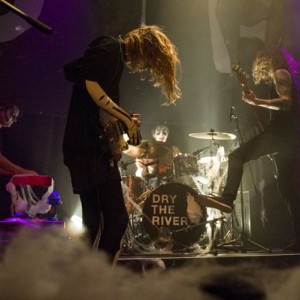