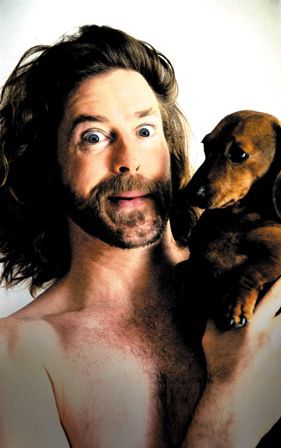 Internationally acclaimed stand-up Craig Campbell has extended his first solo national tour Craig Campbell Live, for a second time, by a further 22 dates bringing the total number of shows to a massive 116 – including shows across the South West.

The tour sees Craig perform across the country from the far-flung Orkney Islands to the south of Cornwall, as well as taking in London’s Bloomsbury Theatre for the first time. This second extension is hot-on-the-heels of Craig’s return from the New Zealand International Comedy Festival and kicks off from 24th May.
Craig supported Frankie Boyle on his 120 date nationwide tour, performed on Dave’s One Night Stand (DAVE), Russell Howard’s Good News (BBC Three), and Michael McIntyre’sComedy Roadshow (BBC One).

As a natural raconteur, Craig is able to find humour in the mundane, instinctively able to
entertain and amuse. Typically dressed in his beloved ‘I love cheese’ t-shirt (synthetic and a bit wiffy) and a khaki (undercover police concealment) shorts number, sometimes substituted for leather trousers, the strapping ex-athlete commands his stages with vigour, befriending the audience with boisterous re-enactments from his travels.

Craig was the notorious host of Canada’s legendary Ed’s Night Party, and headline guest on numerous Canadian TV shows such as Jim Carrey Live, The Dennis Miller Show and Just for Laughs. He is a firm fringe favourite having made his Edinburgh debut alongside Tony Law and Dan Antopolski as part of comedy trio The Dinks which won great critical and box office success, leading to an invitation to perform in the Best of Edinburgh programme in New York. He has since supported Rich Hall on his international tour and had two further successful solo shows in Edinburgh.