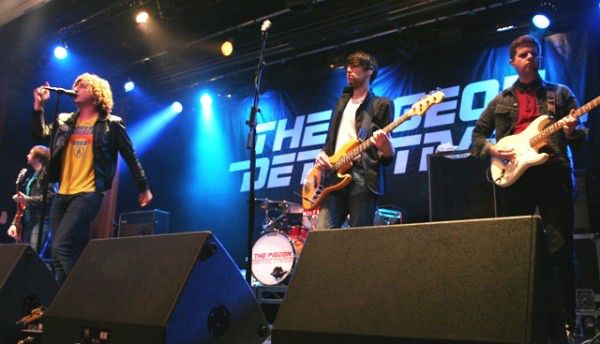 It’s been five years since debut album ‘Wait For Me’ stormed the charts at number 3, now Platinum selling The Pigeon Detectives are on sixteen date ‘Summer By The Sea’ Tour to promote their third album, ‘Up, Guards and at ‘em’, released in April last year.

First support was Moonlet & the Love-Monks, an Alternative, Folk Rock, Powerpop five-piece from Plymouth. Their sound, clearly influenced by Ska, Funk, Blues and Grass Roots, is at first a little messy, but their cheery, slightly comical performing style is very likeable. Their vocal harmonies are endearing, their melodies were catchy, and musically, on the whole, they were very impressive, even throwing in a bit of double bass loving, Banjo strumming and harmonica blowing. Great.

Second support was Auction for the Promise Club, musically very different from the previous act – Indie Emo Rock, with hints of hardcore and Prog Rock. The lead singer, only singer, was the spit of Charlotte Cooper from The Subways, with vocals reminiscent to those of the Yeah Yeah Yeahs. She has a great voice, and very naturally steals the limelight. Sadly, they weren’t particularly interesting visually, and although incredibly enjoyable their music wasn’t very memorable. They definitely need a second listen.

After more than a half an hour pause, The Pigeon Detectives finally arrived on stage. In case you don’t know who they are, they play music best described as slightly nerdy Northern-Laddy-Brit-Pop-Rock, think The Cribs, Kaiser Chiefs, Artic Monkeys.

Lead singer Matt Bowman, was unbelievably energetic, running and jumping all over the place, climbing on the amps, the drum kit, throwing his wired microphone in the air, spinning it around like a Swingball, and pouring bottled water over his head and into the crowd. The rest of his band mates just got on with playing their instruments.

A very young audience, the Falmouth crowd seemed mesmerised, captivated, spellbound by the five-piece, which should probably be renamed ‘Matt Bowman and The Pigeon Detectives’, as in all honesty he does command the entire centre of attention. Beginning the set with ‘Romantic Type’,  ‘I Found Out’, and ‘Emergency’, was a sure fire way to get the crowd warmed up, jumping around and singing along.

These were followed with songs from first two albums like ‘I Can’t Control Myself’, ‘Everybody Wants Me’ and ‘I’m always Right’, as well as ‘Done In Secret’, ‘Go At It Completely’ and ‘Through The Door’ from their latest. Clearly in his element on stage, Bowman seemed desperate to entertain his audience, encouraging them to clap, bounce, chant, and wave their arms in the air whenever possible, of which they were more than happy to oblige.

Finishing their set with ‘Take Her Back’ was all they needed to get the screams and cheers they desired for an encore, which on the bands’ return to stage Bowman turned into ‘Pigeon Detectives’ chanting, quite naturally, like a Boss. Finishing with ‘What You Gonna Do?’ and ‘I’m Sorry’ this was one exhausted but truly delighted crowd.

Catchy, infectious melodies, that remind you simultaneously of summer holidays and grey city mornings, this definitely won’t be the last we hear from The Pigeon Detectives. 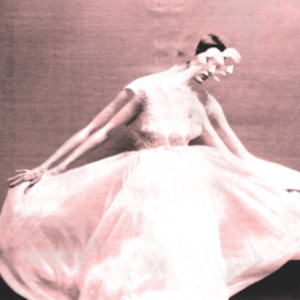 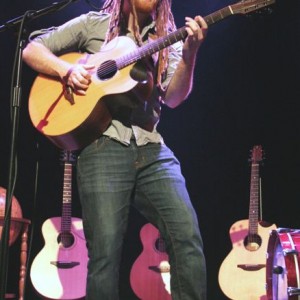 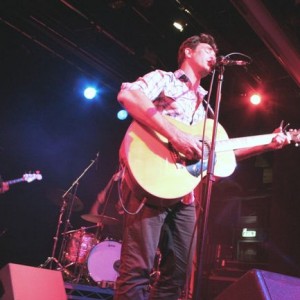