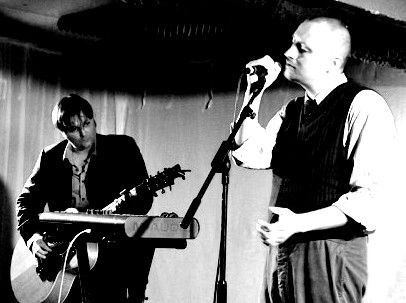 Artmagic is the new project from Suede guitarist/songwriter Richard Oakes and producer Sean McGhee who has worked with everyone from Robyn to Britney Spears and Imogen Heap to Alanis Morisette, so its a big majestic pop record with some glam hints. They will be playing an intimate show at the Rise Records in Bristol on Wednesday 4 July at 6pm, in between Richard’s Suede dates.

As the title of Artmagic’s debut album, released on 2nd July, suggests, Become The One You Love documents a journey of musical change and personal self-discovery for both Artmagicians. From the serene dream of the opening “The Choice” and the energy rush of “Down In The River” to the sultry starkness of “The Spark” and the closing torch-song swell of “The Gift Of Flight”, Become The One You Love cuts free from past achievements whilst using the duo’s admirable experience and gifts to carve out 11 songs of radiant melody, textural colour and bulletproof hooks.