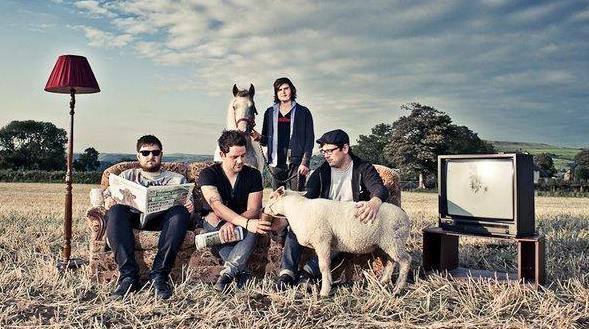 A brand-new fringe event will take place at this year’s Ponty’s Big Weekend 2012 in Pontypridd, Wales, on Thursday July 19, 2012.

Ponty’s Big Weekend Fringe aims to help elevate and shine a spotlight on new emerging acts set to be the next Welsh music success story. It will showcase talent from within the Rhondda Cynon Taff area as well as introducing acts from further afield in Wales.

First band to be announced on the Fringe are Pontypridd-based band, ‘Straight Lines’, who are set to be the main focus of bill. The event will be accompanied by sets from Gavin Butler of ‘The Blackout’ and Neil Starr of ‘Attack!Attack!’ who will be bringing their acoustic rock show, Ghosts and Echoes, to Rhondda Cynon Taff for the first time. Also on the bill is Cardiff dubstep-rock act, ‘Astroid Boys’, Caerphilly rockers ‘Dopamine’, Pontypridd’s rising stars ‘Falling With Style’ alongside ‘Continents’, who have recently signed to huge US record label Victory Records.

Ponty’s Big Weekend Fringe will be a free event but booking is needed. Tickets are available through the Muni Arts Centre, Pontypridd either in person or by calling box office: 08000 147 111. Ponty’s Big Weekender 2012 takes place July 20-22 in various venues. Acts playing include Jessie J, Alfie Boe and Olly Murs, among others. Tickets from £15. More information at www.pontysbigweekend.co.uk