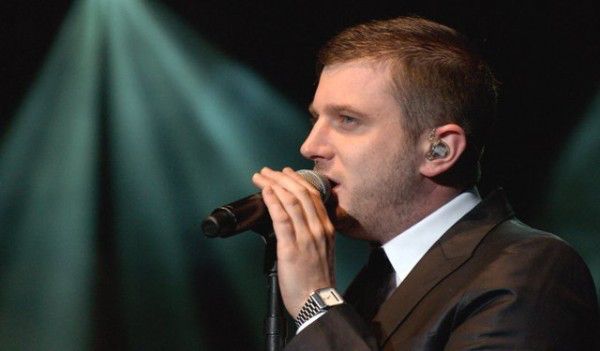 The Eden Project Sessions are often hailed as providing one of the most sublime and intimate venues for a summer music festival. The sessions have had their fair share of dodgy weather so far this year but, nonetheless, the crowds have not been deterred.

Throughout the afternoon the Med Biome’s Biotik stage hosted entertainment from its assortment of world-class musicians, comedians and spoken word/performance poets whilst Stage Right Stage presented local music-heroine Rosie Vanier alongside sets from DJ Dante and Aaron Douglas. By 6.30pm, the grounds were filling up with a proper mix of clearly seasoned festival-goers sporting wellies and ponchos, less prepared well oiled Friday-lovers and a surprising amount of older fans, all waiting to be let in to the main arena to stake a claim on a good spot.

London based songstress Ny was the first support act and her soulful R&B vibe was easy listening. With quite the list of celebrity music friends (best mates with Tulisa of N-Dubz fame for starters) she’s an engaging performer with a lyrical voice, confident of her music and the gathering audience seemed to like her. So far as supports go it was really Bebe Black who stole the limelight. The singer from Dorset features as vocal centrepiece on Dubstep superstar Benga’s single ‘Icon’. Bebe flirts through genres (dance and pop included) but her mix of style is held fast with a strong and unique voice, reminiscent of Florence Welch and Paloma Faith.

By this point the audience were hyped and gagging for Plan B. After a couple of false starts, the crowd erupted for the arrival of the sharp suited band members. The iconic lightbox – ‘The Defamation of Strickland Banks’ signage – was theatrically raised as Plan B launched into ‘Writing’s on the Wall’ and made his entrance. The first half was purely the soul of Strickland Banks (bar a surprising, paced up cover of Paolo Nutini’s ‘Comin’ up Easy’). Sometimes a bit samey, this set peaked through undeniably great tracks from the number one album such as ‘Prayin’’ and ‘She Said’. Beatboxing legend Faith SFX provided a jaw-dropping halftime set of epic proportions including re-workings from Blur’s ‘Song 2’ to the White Stripes’ ‘Seven Nation Army’.

Plan B returned to stage as an altogether more casual, denim and hoody clad crew with a ‘Welcome to Ill Manors’ holler, signifying material from the new album ‘Ill Manors’. The album is much darker, fusing Plan B’s rap and song writing talent to produce brilliantly layered numbers, such as ‘Lost my Way’. The penultimate title-track is a statement; a reaction to last year’s riots (of which Plan B – aka Drew – is quite opinionated). Complete with pyrotechnics this performance was full of attitude and by far the most captivating moment of the night.