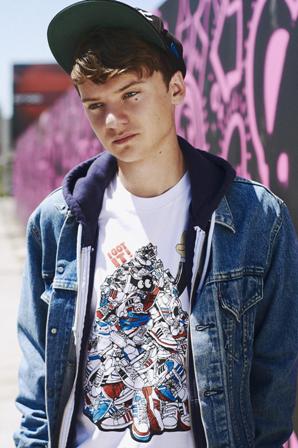 New kid on the block and chart sensation, Conor Maynard, plays a Cornish date as part of his UK tour at the Princess Pavilion on Tuesday 31 July, 2012.

He’s already been labelled as the UK’s version of Justin Bieber and he also looks like a young Justin Timberlake, so the early signs look good for this young musician. Part of the new wave of young artists coming out of Brighton, Maynard is enjoying a huge surge in popularity and received a nomination for MTV’s Brand New for 2012 award competing against Delilah, Micheal Kiwanuka, Lana Del Rey and Lianne La Havas. Impressive musical company indeed and so it was a great achievement when Maynard was crowned as the winner of the award in January receiving almost 48% of the public vote. Signed to Parlophone, and with over 10million hits on YouTube, Conor Maynard looks set for an epic career in music.