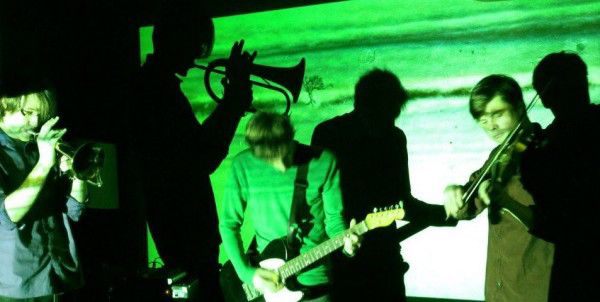 One of Yorkshire’s most ethereal musical acts – Stems – are heading to Bristol to play a charity fundraiser in aid of Figure 8 Festival, which is being organsied by 247 Magazine Web Editor Laura Williams to raise money for Macmillan Cancer Support. Taking place at Leftbank Bar, Cheltenham Road, Bristol, on Thursday July 21, 2012, the gig also brings together two of Bristol’s finest female musicians – Heg Doughty and Mouse Deer.

Stems is not Pop, classical or rock as you know it, but something else that has energy from all of these forms with influences from Sigur Ros to Massive Attack, Velvet Underground and Stravinsky – creating striking and stirring sound that has wowed audiences throughout their recent European tour. At their core are 3 musicians (Violin, viola and electric guitar) although the ranks are often swelled by additional musicians to an Octet for the recent as yet unreleased work ‘Anahata’.

Heg Doughty is a Bristol-based singer and songwriter, performing her piano based songs with her ensemble The Wolf Chorus – viola, percussion and an entourage of voices. Heg injects storytelling into her songs, finding inspiration in her family tree, well known and not-so-well-known stories. She draws her main influence from folk with elements of theatre and pop also working their way into the songs. With that in mind and since incorporating the choral arrangements.

Finally, Mouse Deer is the alter-ego of Schnauser’s Holly McIntosh, a multi-instrumentalist living in Bristol who produces lo-fi power pop songs about coming of age in a run-down seaside town fuelled by heartache, hope, escapism, old LPs and cups of tea. Upbeat, intelligent and sometimes wistful, the hooky melodies embrace lyrics that touch on themes of disappointment, determination, frustration and freedom, all underpinned by intricate harmony and tricky chord changes.