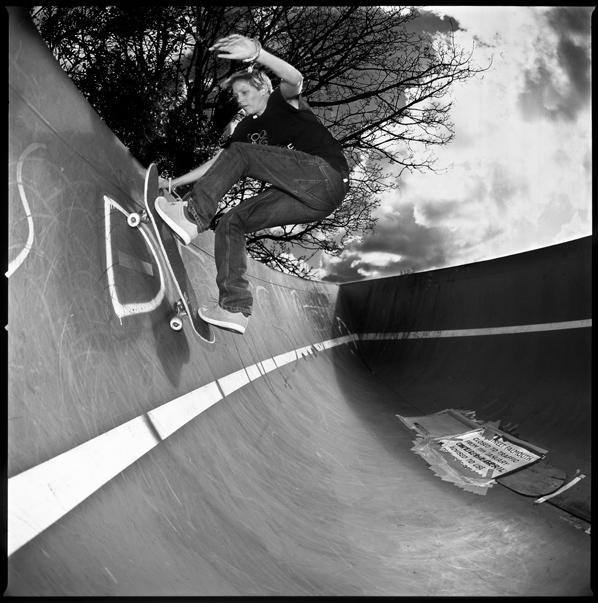 In a photo shoot first, Lucy Adams, the UK’s number 1 female skateboarder has teamed up with Cornwall based company Thrashion to raise some money for charity.

In an innovative event for UK skateboarding, Lucy, modelled Thrashion Recycled Skateboard Jewellery, while skateboarding in an exciting shoot that was staged at a variety of locations around Cornwall.

Lucy Adams, 28, is from Horsham, West Sussex and has been skateboarding for about 15 years. Lucy skates for Lovenskate and DC Shoes, and has won the UK title of No1 female skateboarder twice in the past 4 years. Lucy also starred in Europe’s groundbreaking first all female Skateboarding Movie ‘As If, And What?!’

Lucy was also joined on the shoot by Emma ‘Tinyhands’ Richardson who rides for Birmingham based ‘Spread Eagle’ skate team. Having graduated from University College Falmouth, Emma was responsible for finding the best and most picturesque skating spots which including some boat moulds on a wasteland near Falmouth which can be seen in the final photos.

This exciting event was organised by Lucy, and Nat from Thrashion, alongside videographer Matt Huntand sidewalk photographer Leo Sharpwho have all donated their time and specialist skills for the shoot. The results of the shoot which will include jewellery and photographs (some can be seen below) – framed by Eat Art Picture Framing, will be auctioned for charity alongside a bumper prize pack donated by sponsors and local companies.

The auction will be organised by Rubicon Skate campsand Skatergirl Internationaland will take place in August. All proceeds raised will go to The Knock on Effect, Ella’s Memory, St Catherine’s Hospiceand Penhaligon’s Friendscharities.