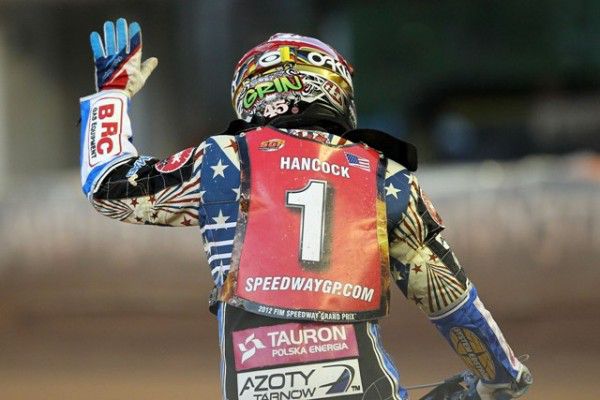 Fast and furious family fun, the 2012 FIM British Speedway Grand Prix at Cardiff’s Millennium Stadium is right up there with the biggest events on the British motorsport calendar – and we’re giving two lucky readers plus a guest the chance to be there!

This year’s event – which will take place on Saturday August 25 – promises to be part of one of the most competitive GP seasons ever – with four World Champions: current title holder Greg Hancock , Jason Crump, Nicki Pedersen and Tomasz Gollob, among those battling for vital world championship points.

British rider Chris Harris will be looking to repeat his 2007 winning Cardiff performance as the best riders in the world go full throttle in front of thousands of fans. In an event which will be full of drama and guaranteed thrills, the riders will reach speeds of up to 70mph – competing on 500cc bikes, with no brakes and acceleration that’s faster than an F1 car!
The fun will start in the Fanzone on St Mary Street and the Grand Prix will start with pre-event entertainment in the Millennium Stadium, followed by the Grand Prix and finishing with a fantastic firework display.

We’ve teamed up with the 2012 FIM British Speedway Grand Prix organisers to give 247 Magazine readers the chance to enjoy this afternoon of nonstop sporting action and all you have to do to put yourself in pole position is answer this simple question:

What is the name of the current World Champion?
a) Greg Hancock
b) Giles Hancock
c) Gary Hancock

To enter, fill in your answer, along with your name, address and a daytime telephone number to on the form below. The deadline for entries is August 22. Terms and conditions apply.

If you’re not lucky enough to win, tickets can be purchased online via www.speedwaygp.com or by calling 0844 248 5029.