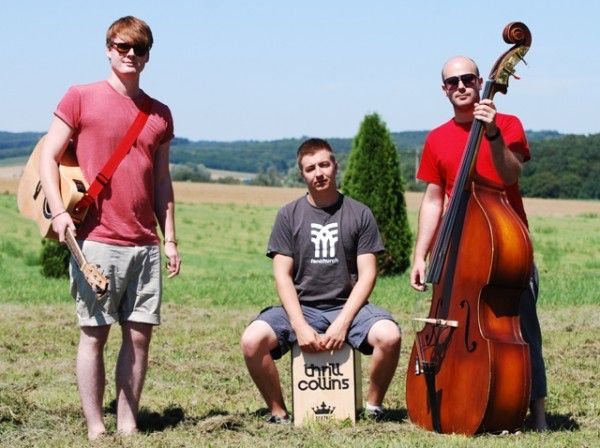 Organised by 247 Magazine Web Editor Laura Williams, the festival will see performances by some of the Bristol’s best new bands – including Scarlet Rascal and the Trainwreck, Goan Dogs and Empty Pools. A number of local Dorset bands are also involved, including The Mother Ukers, Disco’s Out (Murder’s In) and Jinder C.

Topping the bill is Northampton’s My First Tooth, who had a coveted slot at last year’s Glastonbury Festival and who recently supported Athlete on tour; Gloucestershire’s Thrill Collins, a world- renowned skiffle covers band and regulars on the festival scene – with slots at Wychwood Festival, Glade and 2000 Trees. There will also be a secret headliner – details of which will be revealed over the coming weeks. After hours there will be a silent disco – featuring DJ Paul Hanford (Secret Cinema), Nuisance DJs (London’s best Britpop night) and Dirty Soul DJs (Bournemouth-based indie night), among others.

Figure 8 Festival will also take part in Macmillan Cancer Support’s World’s Biggest Coffee morning, with home-made cakes, tea and coffee. With indoor and outdoor bars serving a range of ales and ciders, including a special Figure 8 Festival ale, a BBQ, Hog Roast and vegetarian food there’s plenty to keep you fuelled into the early hours. Add to this an art auction, raffle, bucking bronco, inflatable sumo wrestling, face-painting and there’s fun for all the family.

Figure 8 Festival founder Laura Williams said: “After years of festival going, I decided to organise this charity event to raise money for Macmillan Cancer Support, who really helped my 22-year-old cousin with her cancer battle earlier this year. Thankfully she’s gotten through and is now enjoying a new lease of life in Weymouth, but she couldn’t have done it without the support of family and friends and the Macmillan Cancer nurses.” She added: “With a top musical line-up and the Indian Summers we’ve been having, this event should prove the perfect way to end the summer!”

Entry to the event requires a wristband. To secure your wristband, simply donate a minimum of £15 (£5 for children) to the Figure 8 Festival Just Giving page, making sure you include your full name. You will then be able to collect your wristband at the event. Camping and parking is available, priced £5 and £10 respectively – payable on the gate. Numbers are strictly capped at 499. All proceeds to charity.