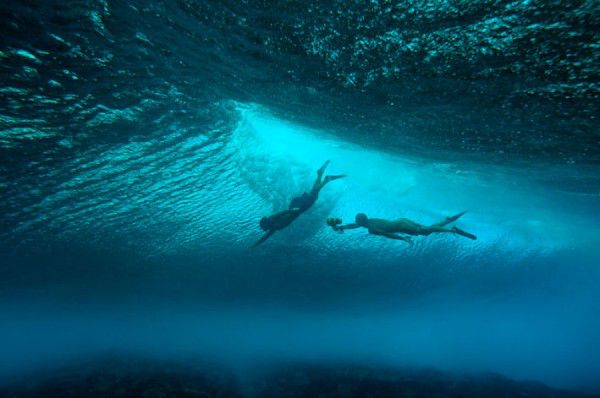 In celebration of the 10th Annual World Belly Board Championships, the London Surf / Film Festival presents the Cornish Premiere and special charity screening of the multi-award winning feature ‘Come Hell or High Water’ from Keith Malloy and Woodshed Films.

The screening takes place on 1 September, 7.30 PM at Driftwood Spars, St Agnes, Cornwall and tickets are only £5 on the door, with all proceeds to National Trust “The charity are guardians of our natural heritage, they work hard often behind the scenes to conserve and protect some 760 miles of coastline so we’re stoked to be hosting this premiere in their honor” says London Surf / Film Festival Creative Director Demi Taylor.

Shot at epic locations including the North Shore, Teahupoo and The Wedge, ‘Come Hell or High Water’ combines stunning underwater cinematography with incredible story-telling to make this film a must-see. “It’s about taking a breath, and kicking your feet, in the big blue sea,” explains the film’s director and former world tour surfer Keith Malloy ”I love bodysurfing and have done it pretty avidly over the past 10 years. For me it’s some of the time I enjoy most in the ocean because you don’t have to worry about performing. Surfing on a board can sometimes feel like more of a job. Bodysurfing, you can just enjoy the ocean.”

“This film takes surfing back to its source, bringing us those watermen and women who inhabit a world close to the curl – a world of handplanes, bodysurfing and pure stoke which is infectious,” explains Festival Director Chris Nelson of the highly acclaimed feature that won Best Film and Best Cinematography at the London Surf / Film Festival in 2011. “’Come Hell or High Water’ has premiered at major cities across the globe so we’re stoked to able to bring the film to Cornwall for this charity screening.”