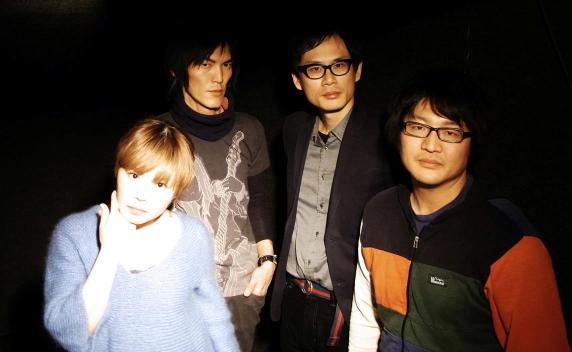 Taffy is an interesting name, there was an old US singer called Taffy and it has Welsh implications, what was the thinking behind it?

The band name used to be “salt water taffy”, but everyone was calling us “taffy” so we just decided to rename it as it is.
We actually didn’t know about the Welsh implications until quite recently!

Describe your sound in one sentence.

Why do you think movements like Britpop are so popular in Japan?

I think it’s great to share good music regardless of the countries, like how some bands can be more popular outside their own country than inside.

How do British crowds differ from Japanese crowds?

I think British crowds are focused a lot on music where as Japanese crowds focus more on the bands’ appearance, profiles and all.

What other bands or artists do you take inspiration from?

We don’t get much inspiration from other bands, but if any, it should be like the Beatles and any clasical music that my parents were playing in my childhood.

What are you up to for the rest of the year?

We have our first the UK tour coming up, in October with eight gigs around the UK. And just finished recording the songs for the next album and they are being mixed right now, so we’ll be working on that after the tour for the rest of the year. I mean we only have a few more month till the end of the year! everything’s so fast.