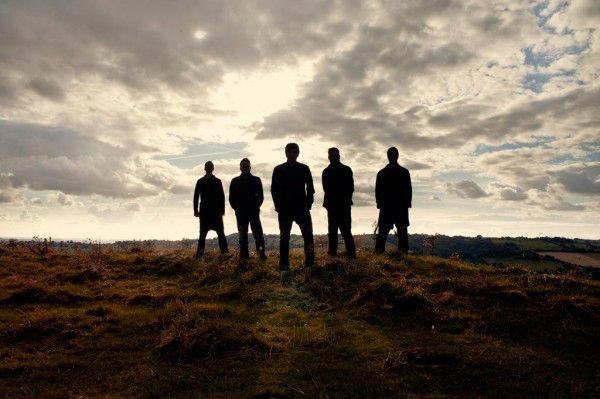 What inspired the name? And do people mix you up with The Ramonas?

The name is inspired from a character from the Scott Pilgrim Verses the world which is a graphic novel that was made in to a film.There is a character in the story called Ramona flowers who is this cool and mysterious girl that Scott Pilgrim spends all of is time trying to win over and Sam our guitarist just loved her character and thought it would make a great band name and put it to the rest of us and we all loved it and that’s how it happened. As of yet we have never been confused with The Ramonas.

Tell us what Bristol means to you…

Bristol is where we all met and discovered music together. There’s an amazing vibe in the city that’s hard to describe, but is perfect for getting creative. We love it!

How important is radio play to you?

Of course it’s important because because radio play has an impact on how successful the band is but the main reason we want our songs on the radio is because we have written an album that we are all really proud of and we want as many people as possible to hear it.

Describe your sound in three words.

If you could pick one building in the world to dismantle and rebuild, what would it be and why?

Probably the Bristol Uni Union building. It’s a 60’s nightmare but I think they got there before us and are now doing it up!

What song are you most proud of on the album and why?

I don’t think I could pick just one but I could probably narrow it down to two,there is a song called ‘Lust and Lies’. which is a very beautiful delicate song with acoustic guitar but with a driving electronic beat through it which I love because of the contrast between the vocal and the beat but it somehow really works and also there’s a song called ‘Like a Feather’, which features Lou Rhodes of Lamb on vocals – definitely the most emotional song on the album and is just a beautiful song.

If you could pick up some celeb fans, who would they be?

I think we just want to play live as much as possible and get out there and hopefully pick up a lot of fans along the way and just enjoy ourselves.

More info on The Ramona Flowers at www.facebook.com/theramonaflowersmusic