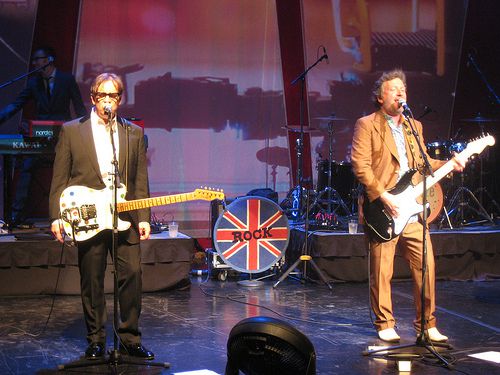 You’ve been in the business a while now, how does today’s industry compared to when you started out?

The industry I entered into all those years ago still seems to be going strong but for younger people who need to give more of their lives than I did. 360% deals were not on the table when I was a boy, but today it’s what you sign as profits seem less than ever. I hold no grudge for the past and what we signed, we didn’t get where we are today without having done so. We said goodbye to our masters and some of our publishing. It’s changed beyond me, but then I’m not young any more.

What do you think of downloading music – both legally and illegally?

Downloading music is wonderful, there are no record shops so how else would I hear music, as for the legal issues, I’m unsure what to add; I do not appreciate Spotify being so vague about payments and free downloads are unstoppable now.

You’re playing a good few South West dates, what does the region mean to you?

I love the west and south west its such a wonderful landscape of places and people, Diffords came from there so it’s home for me.

What can we expect from these shows?

Hits and new songs, nearly news songs and older songs, production and live CDs at the end of each show for sale, what more could you want…..

‘Cool For Cats’ was a massive hit, do you get sick of playing it?

Never, I love the song, it’s my underpants, lucky ones at that.

If you could sum up your sound in one sentence, what would you say?

the sound of a tractor coming up a track