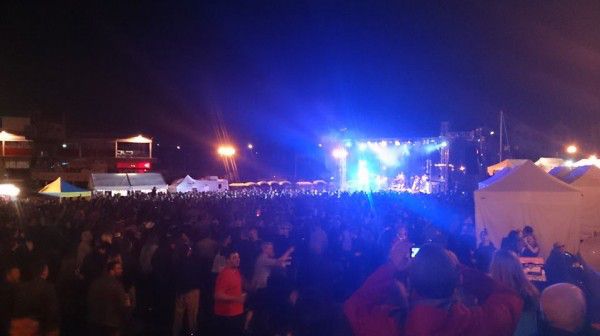 The Saturday evening line-up of VegFest bit of a flashback to the days of the Hacienda, and a great way to plug vegetarianism. Good food and great music: I’ll have a bit of that, thank you. And what with it being the 25th anniversary of acid house, tonight‘s line-up was very appropriate. Everybody knows the effect rave culture had on the indie scene, with Happy Mondays leading the charge by infusing elements of the music in their sound, which led the way for many more to follow suit. Manchester’s legendary Hacienda was one of the most important launch pads in this country for the then young and developing acid house scene, which became the rave scene, which became… well, you know the rest. New Order owned the club, and tonight’s DJ set by their ex-bassist, Peter “Hooky” Hook went down well. Rather than do the obvious and spin Hacienda classics, he stuck mainly to banging house, which included remixes of some back-in-the-day tunes, including the awesome ‘Where Love Lives’ by Alison Limerick, and would you believe it, ‘Blue Monday’ by New Order! He went on after The Farm, and by then the crowd was growing thicker, with pockets of dancefloor action at the front, which spread all the way back. Having just the one stage was helpful: it meant that you could give all your attention to whoever was on at the time.

Sunshine was all around when Liverpool’s The Farm played, and they sounded great. They’re reunited with their original line-up, and they opened with the brilliant Stepping Stone, using the same drum loop that’s on the Terry Farley remix of the record. They also played their crowd pleasers that were massive hits at the time: Groovy Train and All Together Now. They’ve aged well, and they were pretty bouncy and having it.

808 State were the daddies of the British acid house scene, but being a totally electronic act, I’m not sure how well those classic tunes like Cubic worked with a live drummer. It sounded a bit messy to me, but people seemed to love them though, that’s the main thing I guess.

Happy Mondays were on form: chaotic in places but fun. Shaun was messing about and taking the piss out of Bez and also his brother in between (and sometimes during) the songs. He mocked himself as well: “One day I’ll learn to sing this properly, maybe in 20 years time”. The input from Bez came as a surprise: he joined in for about 3 or 4 songs, and given that his recent bad health, it was more than I’d expected. The Mondays were also there in full original line up, including the lovely Rowetta. Their set consisted of the songs I’d hoped for: about 80% of their classic album, Pills ‘N’ Thrills and Bellyaches, plus other well-loved favourites such as ’24 Hour Party People’ and ‘Wrote For Luck’. Highlights were ‘Step On’ (obviously) and ‘Hallelujah’, for which they used the samples and loops from the classic Paul Oakenfold remix.

Plenty of fantastic veggie food too, with a few clothes and jewellery stalls. It was largely a mellow crowd, with a huge age range, including a lot of younger people. It was good to see the younger members of the audience getting into the music at face value, with no preconceptions and free from the nostalgia value. 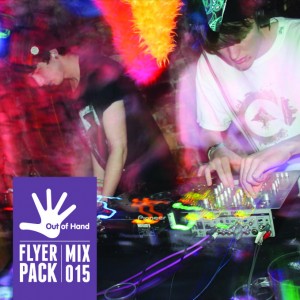 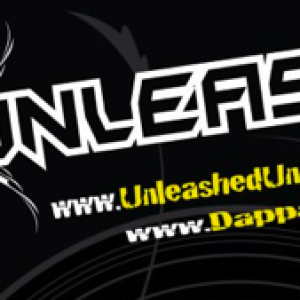 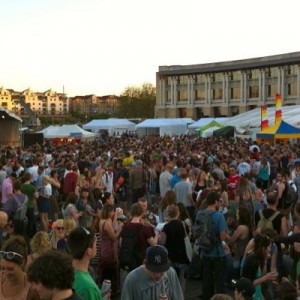