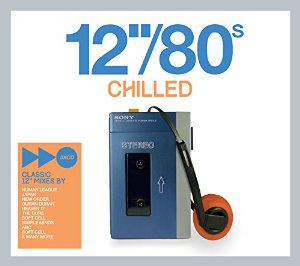 Whether it was politics, pop culture, fashion, film or TV, the eighties was a decade you either loved or loved to hate. But nothing quite defines the 80s as does its music. When it came to music during the decade, nothing was understated, not the sound or fashion. Universal Music Catalogue is pleased to announce two new releases focusing on the best of that period – ‘12”/80s New Wave’ and 12”/80s Chilled’ feature a mix of iconic big hitters and cult club classics of the movement, both across 3 x CDs, all in their original 12” extended glory. At the beginning of the 80s, out of the explosive sounds of 70s Punk, evolved a phenomenal era of revolutionary bands and artists that came to be known as “New Wave”. It encapsulated many different genres and sub-genres of music and youth culture, from New Romantic (Duran Duran, Japan, Human League) to Ska (The Specials, The Beat) to Reggae (UB40) to Alternative (Simple Minds, Echo & The Bunnymen, Altered Images, Aztec Camera) all of which are represented on ‘12”/80s New Wave’.

We have two copies of each to giveaway, just enter your details below.