The Masked Ball is a Halloween show like no other, alongside a surreal and strange sideshow of fairground follies, rock ‘n’ roll dancing and freak show craziness, inspired by the kooky, retro beach resort Coney Island in New York.

As it approaches, creatures of the night across the length and breadth of Britain are unified in anticipation, apprehension and angst over the burning question of what to wear?

Although the Halloween Masked Ball is themed – we’ve had The Lost Boys, Day of The Dead in the past, and this year it’s Coney Island – basically anything goes. So it’s time to get weird – and the more outrageous and outlandish your outfit is, the better.

Here are some of our favourites from over the years, to inspire you to get your freak on.

1) Be messy: when you’re really stuck, go for gore. It’s a sure-fire winner for sinners.

2) Clowns: they freak everybody out, even other clowns.

4) Get feral, go wild: act like an animal and howl at the moon, but please be house-trained.

5) Aliens: everyone seeks an otherworldly experience at the Halloween Masked Ball.

6) Fear and Loathing in Los Flambardos: literary or movie characters are always a good bet.
The more underground the better – this isn’t World Book Day at school, you know.

7) Dare to bare: show a little, attract a lot – but remember this, it could get cold.

9) Seeing double: co-ordinating costumes might be more effort, but it’s oh so worth it.
The only thing that freaks people out more than one dead-eyed doll are two dead-eyed dolls.

10) Orange: it’s the colour of insanity, according to Van Gogh.
Who are we to argue with a man who cut off ears before Reservoir Dogs made lobe-lopping fashionable?

11) Light up: There’s nothing more shocking than electricity. Use your degree in electronics to make people’s hair stand on end.

13) Fetish: kinky is as kinky does – and if rubber is your thing, feel free to let out your inner gimp.

14) Doctor Who? Playing doctors and nurses can be so much fun – but at least ask their name first.

15) Innocence lost: Nothing’s more painful than seeing your childhood heroes fall from grace. Tigger likes to bounce to techno, and Pooh is sniffing after the honeys. It’s all too much to bear…

16) The droogs don’t work: Get out of the Korova Milkbar and make up your rassoodocks what to do with the evening.

18) Fangs: not just the name of your favourite ’80s disco at the Masked Ball, fangs also allow you bite off more than you can chew.
We don’t want anyone choking, so please remember to spit rather than swallow.

19) Burlesque: Less can be so much more. 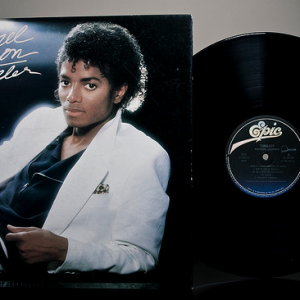 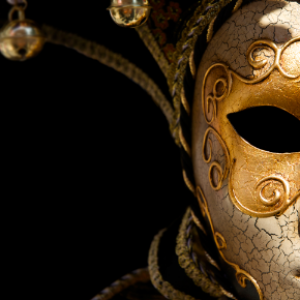 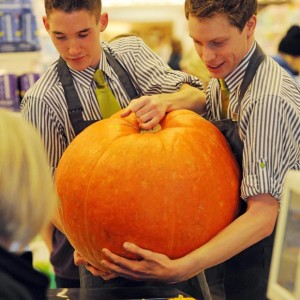