INTERVIEW: BY THE RIVERS 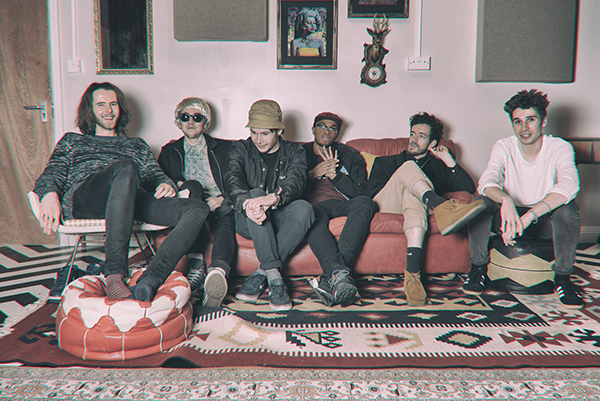 Following their successful show in Bristol last Saturday, Sammie Spungold caught up with lead singer / guitarist  Nile Barrow:
1) How did you all get together?
It was mainly through the Leicester music scene. We were all knocking around in different bands, and after the early teen phase of writing music fizzled out, we all just kind of came together.

2) What did you listen to when you grew up and does any of that influence what you do now with By The Rivers and if so how?
There were so many different influences growing up, it’s hard to pin it down to one thing. The Kinks, James Brown, Ray Charles, Toots & The Maytals, Thin Lizzy, ahh the list goes on.
It’s all had its influence in one way or another.

3) You’ve had an album & an EP out now. How do they differ from each other?
I think you can hear a natural progression of maturity from the Album to the EP. We’re writing music for the pure love of it, nothing else. Our musical influences have expanded, and the times are changing both in our lives, socially & politically. I think this is all represented in where our music is going.

4) What’s the favourite song you’ve done so far?
This is never an easy question, as it always tends to be the latest thing you’re working on, as it’s the most fresh & exciting to you. I’m proud of everything we’ve written & recorded together. Certain songs have certain meanings to me personally in different ways, and so it’s never a case of weighing one up against the other.

5) Best gig played and is there anywhere you would really like to play?
I’m very fortunate to say that this is a tough decision. But I think purely for the overwhelming feeling of self achievement I felt from actually having played there, it has to be playing Glastonbury.

6) Do you think your style of music gets the radio play it deserves?
I honestly don’t think that it’s really considered. If it’s not some form of British Indie, most shows don’t want to know about it. I mean what does ‘Indie’ even stand for anymore? There are some real ‘purely in it for the music’ DJ’s out there, such as David Rodigan, who is always championing new music, regardless of where it has been sent from, which is so refreshing.  I think on the whole though, it’s something we’ve come to accept, it’s not gonna slow us down.

7) Is there anyone you would like to collaborate with?
Y’know, it’s an area we’ve never really delved into, but by no means want to rule out. I think there’s a few in our heads we’d love to work with, and I’m sure in the future something will come together. It’s got to be at the right time!

8) Your songs are all very upbeat and positive, how do you overcome any sadness and stress in your lives and not let it influence your music…or has it?
The best way to deal with any kind of negativity is to be positive & outspoken.
There’s no use holding on to any stress or sadness, as it will only stay with you & keep you down. If you can understand & accept it for what it is, then go on to make it into something positive, that’s an amazing thing I think, in any aspect of life. There are some of our songs, that lyrically reflect personal issues within my life, but I like to think the music helps it become something people can relate to.

9) Who are you listening to at the moment?
I’ve been listening to Thundercat, Fourtet, Kamakaze, Taylor McFerrin, D’Angelo, all sorts! One of my favourite tracks of now is probably ‘Papa Daddio’ by Resonators from their new album ‘Imaginery People’.
Such a beautiful, chilled song and amazing production. I’m a big Resonators fan!

10) What’s in store for By the Rivers in the future?
Well plan to be busier than ever! People can expect a new release in early 2017, and a lot more sessions!
It’s all about the music!

Their latest EP, ‘What you See’ is out now, find out more about the band here